The Dems hate the Rasmussen polls because they leave out the bozos who don’t bother voting. In other words, they only want to tally people who are registered voters and thus might actually have some effect on election outcomes. How elitist of Rasmussen to leave out the lazy. Obviously he hasn’t read the Democrat rules: everybody counts, even those who don’t know jack squat and can’t bother getting up out of the chair to vote.

On the other hand, I can see their point: with ACORN around to raise the dead for the sake of elections, the Dems don’t need to bother with reality. Fraud is so much more reassuring and predictable. 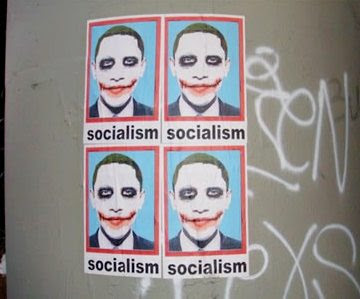 The Rasmussen Reports daily Presidential Tracking Poll for Sunday shows that 23% of the nation’s voters Strongly Approve of the way that Barack Obama is performing his role as President. Forty-two percent (42%) Strongly Disapprove giving Obama a Presidential Approval Index rating of -19.

Today is the second straight day that Obama’s Approval Index rating has fallen to a new low. Prior to the past two days, the Approval Index had never fallen below -15 during Obama’s time in office (see trends).

The “Trends” history is an interesting data page. If you scroll up the months you can see that the decline is bumpy but very steady. Inexorable, I do hope. If I remember correctly, his negatives began in July or so. Now they’ve stayed in the steady two digits for a while.

It makes you wonder where he’ll be when his State of the Union address rolls around in January. Another bit of speechifying I plan to read rather than watch. His back-and-forth head weaving distracts me from whatever it is he’s saying. It feels like I’m behind one of those cars with the bobble-head dog in the back window. Maybe it’s a gesture meant to entrance the audience?
– – – – – – – – –
So celebrate everybody! Go see that *** MINUS NINETEEN *** Disapproval Index. Scroll down the page to the image; notice how the red and green lines are moving away from one another, leaving an ever-widening gap, one that Obama will eventually fall into, never to return. I look forward to yet another Democrat “poseur-as-ex-president” act. He and Bill and Jimmah can get together and count their loot. Maybe he can head the UN when he’s done ruining the country? A fitting job for someone with no executive experience.

Have a glass of wine and be of good cheer. This new low means the American people are smarter than those Beltway Boobs thought we were.

Can you hear us yet, Mr. President?

2 thoughts on “And a Merry Christmas to YOU, Mr. Rasmussen”