When various cartoons and photoshop images depicting Barack Obama as a monkey appeared in the media and on the internet, consternation and outrage were aroused among the bien-pensants of the chattering classes.

Insulting Mr. Obama in this fashion was not an Islamophobia issue (at least we hope it wasn’t). But what would happen if one Muslim happened to call another (somewhat browner) Muslim a monkey?

This isn’t a hypothetical question, because a well-upholstered Lebanese songstress has just put her foot in it big time by referring to Nubians as monkeys.

Nubians, as you may know, are black Egyptians, and lighter-skinned Egyptians have been known to refer to the Nubians as simians. But Ms. Wehbe used the phrase in a song lyric, and that simply won’t do.

It’s worth remembering that Arabs have a somewhat less than respectful attitude towards African blacks. In fact, the Arabic word for African is aswad, which not only means “black”, but also “slave”.

In other words, if they were Europeans or Americans, Arabs would officially be WAYCISTS!

But since they’re “brown”, that isn’t possible. Not only that, Nubians are Muslims, so this can’t possibly be an Islamophobia issue.

Here’s the story from the Grauniad: 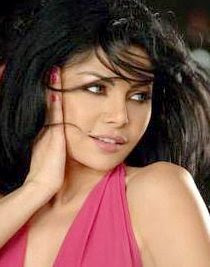 One of the Arab world’s biggest pop stars has provoked a torrent of outrage after releasing a song which refers to black Egyptians as monkeys.

Haifa Wehbe, an award-winning Lebanese diva who has been voted one of the world’s most beautiful people, is now facing a lawsuit from Egyptian Nubians claiming the song has fuelled discrimination against them and made some Nubian children too afraid to attend school.

The row has cast fresh light on the position within Egyptian society of Nubians, who are descended from one of Africa’s most ancient black civilisations and yet often face marginalisation in modern Egypt.

Wehbe, a 35-year-old model turned actress and singer, is widely regarded as the Middle East’s most prominent sex symbol and has been no stranger to controversy in the past. Her skimpy outfits and provocative lyrics (one previous hit was entitled Hey, Good Little Muslim Boy) have earned her the wrath of religious conservatives and forays into the political arena have also sparked debate, including her very public praise for Hezbollah leader Hassan Nasrallah during the 2006 conflict between Israel and Lebanon.

The latest accusations of racism came after the release of her new song, Where is Daddy?, in which a child sings to Wehbe, “Where is my teddy bear and the Nubian monkey?”.

Wehbe has since apologised profusely for the offending lyrics, insisting they were penned by an Egyptian songwriter who told her that “Nubian monkey” was an innocent term for a popular children’s game. That hasn’t stopped a group of Nubian lawyers submitting an official complaint to Egypt’s public prosecutor and calling for the song to be banned.

“Everyone is upset,” said Sayed Maharous, 49, the Nubian owner of a coffee shop in Cairo. Adul Raouf Mohammed, who runs a nearby store, agreed. “To compare a human being to an animal is insulting in any culture. She has denigrated an entire community of people, and now some of our children are afraid to go into school because they know they will be called monkeys in the playground.”

The row over Wehbe’s song has highlighted a growing sense of communal identity among Nubians in Egypt, a country where the government has traditionally promoted a very monolithic brand of nationalism, sometimes to the exclusion of religious or ethnic minorities.

Despite breaking through into the cultural mainstream — several Nubian novelists are well-regarded within Egyptian intellectual circles and Nubian singers such as Mohammed Mounir are among the most popular in the country — Egypt’s estimated two million Nubians remain largely invisible on television and film, except as lampooned stereotypes.

10 thoughts on “There’s a Nubian in the Fuel Supply”