A representative of a European NGO contacted me this morning and asked for my help. His organization was preparing a presentation on the Islamization of Europe, and he was in urgent need of a brief description of the Counterjihad, including a statement of our goals and a concise rationale for what we are doing.

I was happy to oblige him, and the result is below.

The Counterjihad: Resisting Islamization and Reviving the West 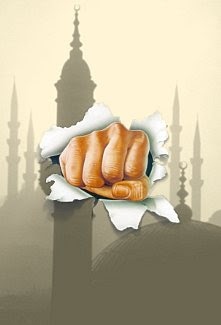 Islam has been at war with the Western world for fourteen centuries — since its inception. Muslims all over the world still consider themselves to be at war with non-Muslims; this is why Islam refers to us as Dar al-Harb, the “House of War”.

The West, however, has forgotten that this war exists. We continue to labor under the illusion that Islam is an ordinary religion, like Judaism, Christianity, Hinduism, and Buddhism.

Unfortunately, Islam is above all a totalitarian political ideology, sugar-coated with the trappings of a primitive desert religion to help veil its true nature. The publicly stated goal of Islamic theology and political ideology is to impose the rule of Islam over the entire world, and make it part of Dar al-Islam, the “House of Submission”.

Widely accepted Islamic theology based in Koranic doctrine explicitly requires that Islam be spread by any and all means necessary, including by violence and mass slaughter, in a process known as jihad, or holy war.

The fact that many Muslims do not support or engage in violent jihad is not germane. If only one percent of Muslim believers take the Islamic mandate of jihad seriously, it means there are over fifteen million people scattered among the world’s Muslims who want to destroy us, and we have no means of determining in advance which ones they are.

Therefore, those who oppose Islamic totalitarian ideology and the expansion of Islam into the West have formed themselves into a coalition known as the Counterjihad.

We are a loose international association of like-minded individuals and private organizations. We all share the overriding goals described above. We are non-partisan, and welcome members from any political parties who share those same goals, and who also demonstrate a strong commitment to the humane democratic values of the West.

We are the Counterjihad.

I suppose that I should start time-stamping these updates…

40 thoughts on “The Counterjihad Manifesto”