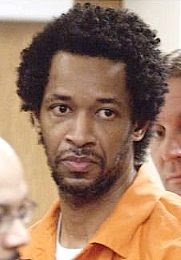 In the space of three weeks, John Allen Muhammad and his young protégé Lee Boyd Malvo shot thirteen people and killed ten of them. The murders were accomplished from the trunk of a specially modified Chevrolet sedan using a Bushmaster.223 rifle.

The murderers were arrested just over seven years ago in a rest stop off Interstate 70 in Maryland. Malvo was convicted of murder, and is serving a life sentence without parole. Muhammad was also convicted, and was sentenced to death.

The Beltway sniper spree is not generally described as an Islamic terror attack, but that is exactly what it was. Both murderers were converts to Islam, and each had indicated at one time or another his enmity for non-Muslims.

If anything can be called terrorism, the Muhammad-Malvo killing spree certainly qualifies for the term. During their deadly spree the killers ranged from Rockville, Maryland to Ashland, Virginia, with stops in Aspen Hill, Bowie, Washington D.C., Falls Church, Fredericksburg, and Manassas. Anyone who lived in or near those areas at the time and watched the news on TV was almost certain to feel a sense of helpless fear.

“Strike terror into their hearts” — that’s what the Prophet commanded, and that’s what Muhammad and Malvo did.

The southernmost shooting occurred in Ashland, Virginia, just north of Richmond. But John Allen Muhammad made a widely-reported phone call from even further south, at the Exxon station on the corner of Parham and West Broad in the suburban West End of Richmond.

As it happened, I was working in the West End in those days, staying in town on weekdays and commuting home on weekends. I remember the uproar caused by the proximity of the Beltway sniper, and I remember the fear that hung in the air. It wasn’t necessarily evident, and it wasn’t generally talked about, but it was always there.

Since the sniper seemed to prefer large public shopping areas with multiple escape routes, those were the places people started to avoid. Some stopped patronizing the big chain grocery stores and shopping malls, and ducked hastily into the 7-11 instead to stock up on necessary supplies.

The sniper had been known to shoot people on the aprons of gas stations while they pumped gas. I remember watching people as they flipped the automatic switch on the pump handle, left the nozzle in place, and adjourned hastily to the station convenience store to stand with a solid wall between themselves and the apron while their tank filled.

I remember shopping at the Regency Square Mall at Quioccasin and Parham, and feeling a tingle between my shoulder blades as I walked under the pole lights from my car to the mall entrance. I noticed that some people parked near the entrance and stayed close to the shrubbery as they ducked through the door.

But I was damned if I was going to skulk like a fugitive, so I parked far away from the door and walked brazenly across the parking lot under the lights.

Even so, I felt that tingle between my shoulder blades.

When the killers were arrested in late October, the Washington newspapers began their investigative work into the background of the snipers, particularly John Allen Muhammad. Not long after the arrest The Washington Times published an article drawing on information from unidentified law enforcement sources about the likely activities of the snipers before and during their killing spree.

A tantalizing paragraph in the Times article described a possible visit the snipers had paid to a rural radical Islamic compound in Red House, Virginia. The terrorist group which allegedly offered the killers hospitality was known as Jamaat ul-Fuqra, and Muhammad and Malvo had reputedly holed up in Red House overnight to rest and rearm before continuing with their mission.

I did a double-take when I read the article, because Red House is not very far away from us, a bucolic country crossroads in Charlotte County. I’d never heard of any Muslim compounds, radical or otherwise, in that part of Virginia. What the heck was going on?

It wasn’t until three years later, after Dymphna and I started blogging the jihad, that I screwed up my courage and paid a visit to Red House to see what I could discover. The rest, as they say, is history.
– – – – – – – – – 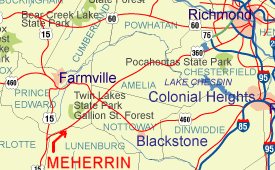 Several months later, after I had pinpointed the Jamaat ul-Fuqra satellite compound in Meherrin and read up on the available material, I decided to second-guess the FBI and propose that Muhammad and Malvo had in fact holed up in Meherrin rather than Red House. Meherrin is much more accessible to the Richmond suburbs, and is also less ostentatious — no sign on the road with Arabic lettering, no prominent footprint in the community, just a bunch of run-down trailers in the woods off the main road.

In any case, it was the actions of John Allen Muhammad that led me to investigate Sheikh Gilani, Jamaat ul-Fuqra, and their front organization, the Muslims of America.

For the record, here is a list of the dead and the wounded left in the wake of the Beltway sniper shooting spree in the fall of 2002:

In more detail, from The Washington Examiner:

After reading the above list, lethal injection seems a less than adequate punishment. I’m not in favor of returning to the barbaric ways of the past, but still — the idea of John Allen Muhammad twitching at the end of a rope under the trapdoor of a gibbet does not seem particularly unjust.

Or maybe he should have been shot in the back between the shoulder blades when he least expected it, just like his victims.

It should be noted that the murderous spree of the Beltway snipers was almost as deadly as that of Maj. Nidal Malik Hasan at Ft. Hood last week. All three were Islamic terrorists in any meaningful sense of the phrase, since they struck terror into the hearts of the infidels while killing and wounding them in the name of Allah.

John Allen Muhammad was arguably a greater terrorist even than Maj. Hasan, since he kept the residents of the Washington D.C. area cowering in their homes in front of their television sets for three weeks while he worked his will on his victims in the streets and parking lots of those leafy suburbs.

8 thoughts on “Remembering That Tingle Between the Shoulder Blades”