“One should be aware of the historical fact that Christians were the clear majority in many regions of the Middle East prior to Mohammed. And these majorities are now all but extinct.”

Our Austrian correspondent ESW has translated excerpts from an article by Andreas Unterberger about the current level of persecution suffered by Christians, especially in Muslim-majority countries. It is followed by a report about a panel discussion on the same topic hosted by Akademikerbund and the Political Academy.

Seldom have I experienced such a heavily attended event with such crowds of people, such emotion, such dismay. The evening’s topic: contemporary Christian persecution which has reached daunting dimensions and which, according to reliable sources and studies, has reached the highest levels in history, and which is ignored to an extent that can probably be only fathomed with the help of psychiatric analysis.

Only a few dry facts first: From China to South America, 230 million Christians are currently being persecuted for politically, culturally, or religiously motivated reasons. Last year, at least 500 Christians were killed in India during religious clashes. In North Korea, Christians have no legal protection at all and can be killed on the spot. 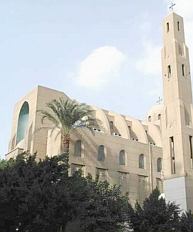 However, the worst situation for Christians can be found in Islamic countries. More than half of the 80,000 Iraqi Christians have fled Iraq due to countless targeted terrorist attacks. Only in the Kurdish part of Iraq can they live in relative safety. In Egypt a few media reports on the swine flu were sufficient for pogroms against the pork-eating Copts. Athanasios Heinein, the head of the exiled Coptic church in Greece calls this “cultural genocide”.

Even more harrowing are the individual reports. For example, the report about an abducted priest from Mosul for whom the parish had paid ransom, and who was still beheaded and returned mutilated. Or a report about a recent case of six male members of a Christian family who have been sentenced to death. Or another report of the abduction of Christian girls who are forcefully married and converted to Islam.

Most harrowing of all is what is happening in Europe: The total and utter ignorance of these persecutions against Christians. As soon the topic is mentioned, politicians and some pastors stiffen with fear: “Please do not say anything that could provoke the Islamic Faith Community. In any case, we all believe in Abraham.”

It is difficult to remain calm. The main accusation against Islam is the following: Not a single Islamic country allows freedom of belief, with the exception of the Islamic belief. Nine countries employ the death penalty for apostasy. However, if one asks — supposedly liberal — representatives of the Islamic Faith community, whether in the 21st century one should be able to choose one’s religion, one gets many words but no answers. Nobody says, “Yes, this is a [human] right, and condemn government restrictions.” The honest ones say, “No, the Quran forbids apostasy.”

This means that we have already said all there is to say about Muslim-Christian dialogues. Islam is a religion of direct power conquest, of total combination of state and religion, of combat readiness, which does not allow for one millimeter of tolerance or freedom. All this is proven by hundreds of unvarnished citations, which in turn no Muslim denies.

Does all this mean that Christianity with all its soft values like charity will disappear in the long run? Not necessarily. History has shown that Christianity has often come back even stronger after totally hopeless positions due to outward attacks or inner squalor. The laicist and anti-religious element is probably even more endangered, which still vehemently prepares its own demise with attacks against the relatively harmless cross in classrooms or with the potentially society-destroying legality of homosexual partnerships.
– – – – – – – – –
[…]

I have never seen a TV report on Austrian television showing and analyzing the massive violations of all global human rights perpetrated by political Islam. Christine Schirrmacher, an expert on Islam from Germany, correctly elaborates that political Islam is much more lastingly dangerous than terrorist Islam.

This deficit can be seen in nearly all Western media. The oppression of the Tibetans or some Indian tribes garners more media interest than the persecution of Christians in the Middle East, even though the latter are geographically and culturally closer to us [in Europe]. Indeed, this must be addressed as well: All of the above, even though our descendants will face a similar fate in one hundred years once demography has bestowed a Muslim Austria and Germany upon us. One should be aware of the historical fact that Christians were the clear majority in many regions of the Middle East prior to Mohammed. And these majorities are now all but extinct.

And all this does not stop many superficially educated Europeans from finding only one answer to this complex topic: “Yes, but what about the Crusades?” With this argument they are ignoring the impossibility of comparing the past with the present, in addition to the historical fact that back then, Christianity tried to reconquer Christian territory. And even if the methods were gruesome, no one has so far been able to explain the difference between the ultimately failed attempt of reconquering Jerusalem and the successful attempt of reconquering Paris from the Nazis in 1944.

Already today it is the Austrian Muslims who, according to a recent study, demand the integration of sharia into Austrian law. How much longer will the whitewashing cowards in both religion and politics, as well as the culturally uprooted laicists, ignore reality? How much longer will we continue paying the salaries of Islamic teachers who are paving the way for the advance of political Islam?

It is a start that the Akademikerbund and the Political Academy [of ÖVP] dare to address the persecution of Christians. The oriental Christians in Austria are grateful to have found a docking station.

Translator’s note: This is a translation of a report by the Political Academy. Photos may be found at Polically Incorrect:

This past Wednesday the Akademikerbund and the Political Academy hosted a panel discussion on the topic of Persecution of Christians in the Middle East.

The audience was captivated by speeches by the bishop of the Syrian-Orthodox Christians in Austria, the Archbishop of the exiled Copts in Greece, Christine Schirrmacher, as well as Efrem Yildiz, professor of philology at the university of Salamanca.

The president of the Akademikerbund, Franz Fiedler, said in his opening speech that Christian persecution has a name: Islam.

“There is segregation in Islamic countries, while Muslims are being integrated in Europe.” He also demanded that Muslims in Austria show solidarity with persecuted Christians in their home countries. Christians have the right to experience the same hospitality in the Middle East that the Muslims are accorded in Austria, where Islam has legal status.

Syrian-Orthodox bishop Aydin spoke of the fact that Christians in Arab countries are treated as second-class citizens, which is against all human rights. Every displaced Christian is one too many, he said. He is very proud that the Syrian Christians have been integrated in an exemplary fashion. Aydin demanded more solidarity from European Christians with their Arab-Christian brothers and sisters.

The Coptic Archbishop, Father Athanasios, found dramatic words. “Christians must never get used to burning churches and forcefully Islamized children in Middle East.” Muslims and Arabs must stop the cultural genocide taking place among Christians. In Egypt, the Christian community is being destroyed by radical Islam. The Christian minority is currently fighting for survival. This is not a dramatization, but a narration of facts.

Christine Schirrmacher underlined that Islam is not the problem, but the combination of politics and religion that causes problems. Islam as a religion of laws must finally develop a constitutional tradition and reform itself. There are some liberal Muslims who are massively suppressed, and these Muslims should be especially supported by Europeans. Schirrmacher criticized Europeans: the topic of persecution against Christians has been ignored for too long. Here in Europe, Muslim converts to Christianity — and potential converts — are threatened. This is unacceptable because there is freedom of religion, which is non-negotiable. A European Islam must accept apostasy from Islam.

Professor Yildiz said, “For the persecution to end, it is imperative for Muslims to understand Christians. Nowadays, multi-confessional dialogue is basically a monologue. For there to be eternal peace, there has to be respect from both sides.

7 thoughts on “Cultural Genocide Against Christians”