Our Danish correspondent TB has compiled a series of reports on the emerging scandal concerning some of the Iraqi immigrants who have arrived in Denmark since the first Gulf War. This is the first article in the series.

Iraqis in Denmark: Part 1
by TB

A massive scandal is unfolding in Denmark these days.

Ekstra Bladet (a national tabloid) and the national broadcaster TV2 (the latter used almost 50% of their prime time news today, August 9, on the matter) have started investigating how Iraqi “refugees” and immigrants exploit Danish society. What seems to be an unbelievable scheme or pattern of social fraud is being revealed.

Apparently many of the Iraqi “refugees” living in Denmark are receiving social benefits because they are, for some reason, unable to work. At the same time they are hired in their home country as members of parliament, high-ranking officers in the Iraqi army, and the like.

So far four Iraqis have found their way onto Ekstra Bladet’s front page since the campaign started on August 2. One of them was granted the ruling party’s (Venstre’s) Freedom Prize in 2005. A prize that has previously been awarded to heroes like Ayaan Hirsi Ali. It is disgusting, and the whole thing makes me feel sick.

It is Cultural Enrichment on a whole new scale. Not only are these people given every opportunity to live a decent life in one of the best-functioning states on the face of the planet. They are also given the right to receive benefits and social security from the state to the same extent as people who have lived, worked and paid their taxes here for their entire life.

They are given free schools and education for their kids, free hospitals, and medical help. They need only dial 112 and then the whole palette is there for them within three or four minutes: ambulance, police, firefighters, and doctors with high-tech equipment stand ready 24/7 to save their pathetic a****.

I could go on. And it is all for free.

I will not be able to translate all of the articles now. The material will have to be split up in several posts, since there is already a lot of it and more is accumulating now while I write this. But for a good start I have chosen the editorial from Extra Bladet on August 2. One week ago. It is followed by the article about the first high-ranking Cultural Enricher who suddenly found himself on the front page of Extra Bladet.

First, from the August 2 edition of Extra Bladet:

Thanks for the hospitality 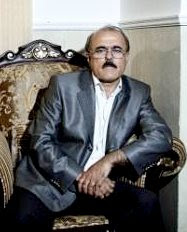 52-year-old Balen Mahmoud is a Kurd living in Albertslund [Copenhagen suburb]. In 1991 he fled with his wife to Denmark, where he worked as a pizza baker.

Ten years later Balen was given Danish citizenship, and in 2003 he was granted an early retirement pension because of a sore back. Each month the Danish state gives him 13,000 kroner [around $2800] before tax.

But today Ekstra Bladet can reveal that there is another version of Balen Mahmoud. A version which the Danish authorities up until now have known nothing about.

Since 2005 Balen has been a member of the parliament in the Iraqi region Kurdistan’s main city of Erbil. For his efforts he receives at least 23,000 kroner [around $4600] tax-free each month. And it comes with a lot of fringe benefits including a free luxury house.

They didn’t. Until now.

Balen Mahmoud explains the fraud with a lame excuse, saying that he did not know the rules. But he is not the only one who is cheating. Ekstra Bladet will during the coming days expose more Danish-Iraqis who shamelessly milk the Danish state while enjoying massive incomes in their old homeland.

Denmark has taken against people who fled violence and suppression. We have given them citizenship and granted them the same social rights as citizens who have paid their taxes through a long life contributing to the common welfare in Denmark.

The ungratefulness is beyond imagination, and the perpetrators damage not only their children’s new homeland, but also the many whose needs are for real.

Several Iraqis have top jobs as politicians in Iraq while receiving social benefits in Denmark.

Iraqis with Danish citizenship live a double life in which they milk the Danish state for social benefits at the same time as they earn high incomes as top politicians and other high-ranking positions in Iraq.

One of them is Balen Abdulla Mahmoud from Albertslund, who has received early retirement benefits for the last five years while at the same time working as a member of the Kurdish parliament. Here he has had an income of at least 384,000 kroner a year plus fringe benefits.

In a taped interview Balen Abdulla Mahmoud confirms that he receives 5 million lira — or around 23,500 kroner — every month. Other sources in Iraq tell us that the amount is higher — more like 30,000 kroner a month, tax free.

As Danish citizens with registered addresses in Denmark, the Iraqis should pay Danish taxes on the income and the fringe benefits in Iraq. But, contrary to Danish law, they have not informed the municipality or tax authorities about their golden extra income.

Against that background they have also received early retirement benefits for several years, even though they are not entitled to it since their extra income is way too high.

One of the leading experts on social fraud, Peter Møller, who runs a controller unit in Ishøj Municipality, has no doubt that the Iraqis are breaking the law.

“It is a very serious case of social fraud and it has to be stopped. Of course they should inform the tax authorities and the municipalities in the city where they are registered about their extra income,” Peter Møller says to Ekstra Bladet.

Peter Møller has no doubt that Ekstra Bladet’s revelations should have consequences.

“They have to pay the money back, and if these cases had landed on my table they would have been charged with fraud,” he says.

The Danish ambassador to Iraq, Mikael Winther, wants to investigate how many Iraqis with Danish citizenship are politically active in Iraq.

“I know there are Danish-Iraqis not only in the Kurdish Parliament but also in the Iraqi national parliament who are active politically.

“Therefore I will initiate an investigation to get an overview of the situation,” Mikael Winther says to Ekstra Bladet.

Next time I will translate an article about Mr. Talaat Sayfaddin, a top politician who is living a life of luxury in Iraq while receiving early retirement benefits (benefits that was meant for poor and rundown workers) from Denmark. He came to Denmark as a refugee and was granted asylum years ago.

Yes, as is the case with most of these people, he is shameless beyond imagination.

8 thoughts on “Iraqis in Denmark: Part 1”