Our Flemish correspondent VH has compiled a report on Geert Wilders’ recent call for an official government assessment of the costs of immigration. Here’s his summary (footnotes are all the way at the bottom of the post):

While the Belgian government is planning to hand out residence permits (and taxpayers’ money) to 50,000 or even 100,000 illegal “sans papiers” (the Dutch government did the same in 2007 with 27,500 asylum seekers), the PVV in the Netherlands demands a proper insight in the costs and benefits of immigration. All parties except the center-right VVD oppose the request, and we have yet to see whether the Jan Peter Balkenende government will sabotage the request or not.

Vlaams Belang requested the same a few years ago in Flanders. Though they did not get any answers from the government, they were still able to produce an outstanding report based on data collected by other means. Still, immigration continues: the immigrant share of prison population in the VB report is 38.4% (2006), but in the meantime it has risen to 48% (2009). (Minus three gangsters, Ashraf Sekkaki, Abdelhaq Melloul Khayari, and another one escaped in a helicopter Thursday night.)

The “traditional” parties, on the one hand, claim that immigration is a benefit to the economy and even a necessity, but on the other hand refuse to provide the data or help prove their viewpoint. In Flanders it became clear why: as it turns out, there is no benefit, but a loss of about €2 billion a year, a bill paid by the Flemish taxpayer.

The Migration Policy Institute, a think tank, states on this issue: “[…] Although public spending on immigration is rising in many countries […], there is very little comparative data on migration policy spending.” They further state that “evaluation is required to estimate the impact of policy on individual immigrants as well as on natives.”

VH follows this analysis with several translations from the Dutch-language media. First, from Elsevier:

Cost of Immigration in the Netherlands? At least 100 billion

“Those who research the immigration costs will be discredited” 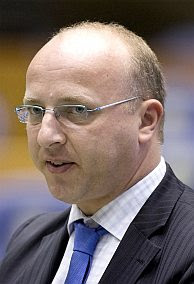 How predictable, the hue and cry on the questions directed at the government by PVV MP Sietse Fritsma about the costs of immigration. This is supposed to be a new low in the activities of the PVV, according to its opponents. But is that true?

It is absolutely past time to research the costs and benefits of — since the mid-sixties, large-scale — immigration. If only so that the politicians at least know what the material consequences are when they again open the border to immigrants with similar characteristics (regions of origin, education, employment opportunities, culture, language) to those of the previous immigrants who arrived in the Netherlands.

This, of course, primarily concerns non-Western immigrants, at the moment about two million, who are quite out of tune in the lists on unemployment, pensions, crime and low income.

Last month the PVV [Party for Freedom], VVD [People’s Party for Freedom and Democracy] and Verdonk [TON, Proud of the Netherlands] together filed a motion to enforce such an investigation. The rest of the parliament, however — the majority at the moment — proved not to be interested and voted against the request (Verdonk apparently changed her mind later, she is now suddenly also against the request by the PVV).

It is quite odd that there are politicians who don’t want to know this. It is even the more remarkable since malicious myths are constantly being spread about the presumed benefits of immigration. But there are no benefits, at least there hardly ever are any.

Over the past few years, the Central Bureau of Statistics [CBS] issued various publications[1] in which it concluded that arriving immigrants, on balance, only contribute to the Netherlands when they have completed their education, earn more than the average resident during their stay — and therefore make an above-average contribution — and depart as soon as there are no more revenues.

It will be clear that most of the immigrants in the last half century do not meet these conditions, not even the hard-working but low-paid Polish immigrants, for they are paying too little tax to contribute.

Nevertheless, politicians continue to argue that immigration is needed to combat the aging of the population (which is nonsense, it will only add to a terrible overpopulation). And that the immigrants that are here at present make a useful contribution to the care for the aging Dutch elderly (the opposite is the case: immigrants are often unemployed and Muslim immigrant women hardly ever work in the care-sector).

Therefore, it is excellent that MP Fritsma asked his questions. Up until now we have had the estimates of the economist Pieter Lakeman[2], who ten years ago in his book Binnen zonder Kloppen [“Entering without knocking”] concluded there was a negative balance of 70 billion guilders [ca. €32 billion or US $45 billion: that would now be over €150 billion euros] — only for the Turks and Moroccans, and without interest [and inflation correction]. Researcher Carlo van Praag back in 1988 calculated there was a negative balance of 54 billion guilders over the period 1975-1988 (but was not allowed to publish it).

Last year, Elsevier estimated the costs up to then to be at least €100 billion. Considering all the extra costs[4] and low contributions — from the costs of immigration lawyers up to the much higher than average use of social benefits — it would not be surprising if approximately another tenth may be added on top of that per immigration year. But these still remain estimates.

The answers to the questions of PVV MP Fritsma may offer a more precise understanding — if the government does not sabotage the questions. At the same time it is very strange that among the thousands of social scientists, faculties and research bureaus, there are hardly any who saw a reason to thoroughly investigate the financial balance of immigration.

Whoever did so, though, was taunted. The cost of immigration clearly has to stay under the carpet to enable the falsifications and myths to be continued. The hue and cry of GreenLeft MP Femke Halsema and D66 [center-left, anti Wilders party] MP Alexander Pechtold [3] can not be explained otherwise.

Vlaams Belang writes in a response:

But why do all the opponents rampage as a wild bunch against this PVV request? Weren’t they the ones who always have said that immigrants deliver an essential and indispensable contribution to our prosperity and economy? If that is the case, and can be proven with numbers, isn’t that to their advantage? For they always talk of the “multicultural enrichment”. If that enrichment is not in the economic contribution, where is it then? It won’t be in forced marriages, honor crimes, headscarves or burkas, will it?

PVV: What does the immigrant cost us?

Geert Wilders’ party colleague Sietse Fritsma has filed a “bombardment” of written questions to all members of the government who have anything to do with immigration policy. In one sweep, he earlier this week addressed the departments of finance, social affairs, health, housing, education, economic affairs and defense. The core of Fritsma’s questions is always the same: the government is spending a disproportionate amount of money to (non-Western) immigrants and there is little in return.

The PVV member wants to know how much less the immigrants to pay in taxes in comparison to the native Dutch. Because immigrants are more often unemployed or earn less, and have a disproportionately poor score in the tax revenue balance, as Fritsma already foresees in his questions.

From the Department of Education he wants an overview of the disproportionately high budgets that are spent on immigrants, which according to his observations are due to the truant behavior of many students. The Health Ministry should clarify how much more costly immigrants are, because they relatively more often pay a visit to the general practitioner. Fritsma also indicates a larger use of care and welfare support because of specific disorders that increasingly more often occur in this group, for example with the children from “niece-with-cousin” marriages [consanguinity].

On similar basis, the MP asks for a clarification by Social Affairs of the more than average provision of social benefits, and by the Ministry of Housing on the high cost of the immigrants’ share of public housing. The Ministry of Justice must calculate whether immigrants are unusually expensive to the judiciary, and the cost of the fight against terrorism.

To the PVV it is not just about this year’s budget or the next for this government. The party wants all to have an overview of all costs and benefits over the past five years, plus a calculation forecast for the next five years.

It is not the first time the PVV has asked for this. In a parliamentary debate last month, Fritsma confronted Socialist [PvdA] Minister Van der Laan (Housing, Neighborhoods, Integration) with the estimate that the “extra call on social and other services” costs the Dutch government [i.e. the taxpayer] €100 billion. Fritsma confronted the Minister with this in his response to the remark of the minister that “many Muslims in the Netherlands contribute to society.”

Van der Laan promised to provide Fritsma with a comprehensive list of costs and benefits. PVV now requires a detailed calculation. Minister Van der Laan also said in that debate: “I am in no way impressed by the argument about these costs.”

It is not yet known whether all the departments will answer the PVV questions individually, nor whether the Balkenende IV government has decided on a joint response strategy.

VH adds this follow-up on the response to the PVV:

When the request to the Ministries on the costs and benefits of immigration by the PVV became public before the weekend, the Amsterdam PvdA (Labor, Socialists) member Jerry Straub filed a complaint with the Anti Discrimination Bureau Amsterdam on behalf of the PvdA, against the PVV.

Jerry Straub: “Because I will not let the country where I was born drift into a society in which descent and identity are the grounds for acceptance or rejection. That is not the Netherlands and especially not Amsterdam, the capital that I know, and where I, during the working visits to projects, meetings and organizations, almost daily see hear and feel the will and desire of many Amsterdammers to succeed, to live together, to make progress. Therefore the question ‘what do the immigrants cost us’ makes no sense. For the PVV is costing us more than we care for!”

In a response at HetVrijeVolk.com it was then explained that the requests by the PVV in parliament are covered by the constitution, and the Socialist Mr. Staub, who should have known this [or knows it, but hopes to gain the votes of the ignorant gutmenschen], made a fool of himself:

Mr. Straub again ridicules the PvdA: Mr. Straub without doubt feels himself quite a fancy guy. He dared to file a charge against a member of parliament of the PVV with the Anti Discrimination Bureau. However, the only thing Mr. Straub did was to make himself — and with that the PvdA — a ridiculous fool. For what he wants is impossible under Article 71 of the Constitution, which reads: “The members of the States-General [parliament] […] can not be prosecuted in the courts nor be addressed to for what they have said or handed over in writing at the meetings of the States-General or its committees.” Thus of course, the content of (written) requests in the parliament are covered by this article of the constitution.

14 thoughts on “The Price Tag on Dutch Multiculturalism”