Given the current economic crisis and the recent diplomatic rapprochement between the United States and Iran, it makes sense to merge the nations’ respective political systems as well, since the new larger state is certain to create economy-of-scale financial savings for both countries.

With this end in mind, and thanks to the miracle of modern biotechnology, a hybrid leader for the new superstate has been created — and, mind you, under completely halal conditions. 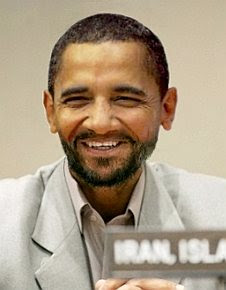 The new leader of the United Islamic States of Iranamerica.

4 thoughts on “Hope and Changeling”