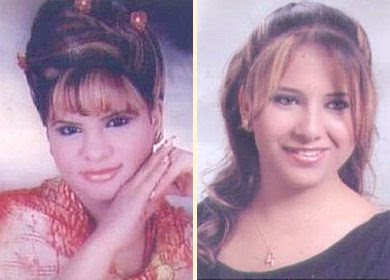 
This is one of those news stories that is almost too heartrending to read. These mothers now face the nightmare scenario that all parents fear: the abduction of their children. And this case is even worse than average — normally a parent would expect a ransom demand, and would attempt to raise the money. But these mothers are not given that option: their girls have been deliberately abducted in order to be converted to Islam.

It’s chilling to learn that there is a set market price for an attractive Coptic girl of high social standing who will be converted against her will to Islam after being sold. Then there’s the threat used by the kidnappers to keep the mother from interfering: her 9-year-old son will be slaughtered before her eyes if she doesn’t keep quiet and stay home.

The local authorities and police in Alexandria are tacitly complicit in these abductions, so that Coptic parents have no recourse when their children are kidnapped.

Here’s the story from AINA. Note that Amira Morgan’s mother has received confirmation of what happened from her daughter’s abductors, but there is still no word on Ingy Basta:

(AINA) — Mrs. Samira Markos, who lives in Alexandria, sent an appeal to Egypt4Christ advocacy, pleading with them to rescue her daughter from forced Islamization. The mother said that her daughter Amira Morgan (born 9/9/1992) was abducted on 7-18-2009 on her way to work in the plastics factory near their home.

Egypt4Christ sent one of its members in Alexandria to verify the mother’s plea and met with one of the family relatives who corroborated the story.

“At 10 o’clock of the same morning someone called me and asked if I was Amira’s mother. He introduced himself as Sheikh Mohammed, and said that my daughter is fine and will convert to Islam,” the mother said. “When I cried and begged him to let me have my daughter back, he said he would let me see her again after her conversion to Islam, and ended the call. I tried calling that cell phone back several time, but there never was a reply.”

The mother went to El-Sennin Mosque in her neighbourhood at 1.30 PM, after the Muslim noon prayers, and asked a bearded man emerging from the Mosque regarding Sheikh Mohammed, he laughed and said they have more than fifty Sheikh Mohammeds.

“When I started to cry at the Mosque entrance, one of them came to me and said ‘Listen, mother of Amira, I am warning you not to report the abduction to the police or do anything, the price will be your son Meena (9 years old) being slaughtered in front of your own eyes. I am not threatening, I’m talking seriously.’“ He further said “Listen, your daughter Amira will convert to Islam next Friday, and we are now preparing her for that. Now go home and stay indoors until everything is quietly over.”

After getting this message, Samira said that she was filled with terror, went home quickly and took her son Meena and escaped from the whole region, to somewhere unknown.

Samira Markos lives in Alexandria alone with her two children, Meena and Amira; her husband has been working in Libya for the last ten years.

“All the Muslims in our neighbourhood know about the abduction. I could not get hold of my husband, and even my Christian friends have abandoned me as they are afraid of the Salafis who are in complete control of the region.”

Salafi is the name of a movement or sect in which Muslims try to imitate their Prophet Mohamad in every aspect of life. Salafism emphasize the laws and punishments of Islam, and has been equated by some with radicalism and terrorism.

Another episode of Coptic female abduction took place on 7-22-2009, also in Alexandria, when 18-year old Ingy Basta went to repair her cell phone in the Nozha Airport area, and was never seen again. Her father reported the case to the police on 23/7/2009 but she has not been found yet. Ingy was be engaged on Sunday 7/26/2009 to a Coptic man.

Egypt4Christ believes that Ingy was abducted by the same Muslim group which operates in the Nozha Airport area of Alexandria. On 28/5/2009 their Imam falsely accused a Coptic young man of stealing the donations box from the Zawiya corner (prayer room) of El-Nour Mosque, after he refused to convert to Islam. Maged Saad was found innocent of this theft by the court.

Ms Rasha Nour, Head of Egypt4Christ warns that the Alexandria Governorate has become full of intolerance towards Christians, which could lead to a sectarian strife at any time because of the “gangs of Islamization,” who fill all the neighborhoods in Alexandria. “Those gangs are headed by a group of Sheikhs who are backed by the police authorities, but mainly the State Security in El-Faraana, downtown Alexandria,” says Rasha. “One of these is Sheikh Hassan Saber Khalil who is well known to all the police officers. There are other Sheikhs whose names we reserve and will expose if needed.”

The first to report (AINA 7-18-2009 ) on the lucrative business of the ‘brokers’ of Islamization of Christians, was the independent Egyptian newspaper Al Fagr (the Dawn) in its May 19 2008 issue, citing the city of Alexandria as an example.

Al Fagr reporter Tamer Salah-el-Din highlighted how the operation, which is funded by Muslim businessmen, is carried out with the collusion of State Security and Mosque sheikhs. The ‘trading rates’ cashed by brokers for each Christian male and female conversion to Islam, at the time of writing this report, was 7000 Egyptian pounds for males and 6000 for females. The rates for Coptic girls fluctuate depending on how good-looking she is and her family’s social status.

10 thoughts on “Abducted, Sold, and Converted to Islam”