Check out boston.com for some amazing photos of the demonstrations in Tehran. What you’ll notice over and over again is unarmed young people of both sexes being beaten and roughed up by riot police. 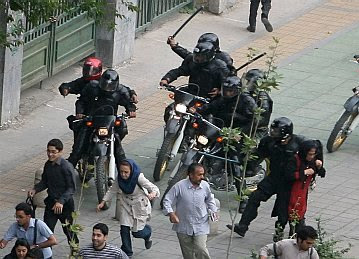 8 thoughts on “The Streets of Tehran”