The global economic crisis has prompted a resurgence of right-wing extremism worldwide as frightened people reach for once-discredited ideologies in order to give themselves an illusory sense of control over their own destinies.

The reptilian community is the latest to succumb to lure of neo-fascism. Herpetologists all over the world are surprised and dismayed to see ordinary reptiles and amphibians turn to racist demagogues in their search for a new political order.

Sea turtles have proved to be particularly vulnerable to neo-Nazi ideology. Below is a photograph of Dr. Reinhard von Schildkröte giving the notorious salute as he holds an audience of starfish and sea snails rapt with his declamatory rhetoric:
– – – – – – – – – 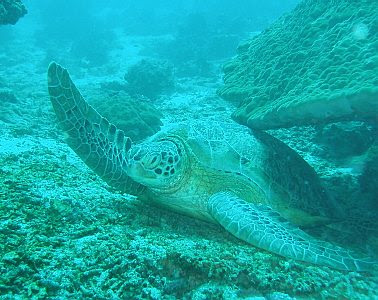 In response to media enquiries about this photograph, Dr. Schildkröte denies that he was giving a fascist salute. He maintains that he was actually attempting to “flip the bird” to his many detractors, but had forgotten that he has no fingers.

6 thoughts on “Nazi of the Week”