The noted blogger Fjordman is filing this report via Gates of Vienna. It will be included in his history of optics and other sciences.

For a complete Fjordman blogography, see The Fjordman Files. There is also a multi-index listing here.

Those who claim that the West owes much to the East are right in many cases, but also exaggerate this debt in others. Space travel was not so much a “mutual exchange of ideas” as an overwhelmingly European and Western creation based on science and technology that did not exist nor develop anywhere else in the world. It is true that the concept of a “rocket” was invented in Asia. The Chinese used rockets for military purposes for centuries, and they were known in other regions such as the Indian subcontinent, where Europeans encountered them. 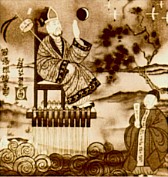 According to Arnold Pacey in his book Technology in World Civilization, “British armies on the subcontinent encountered rockets, a type of weapon of which they had no previous experience. The basic technology had come from the Ottoman Turks or from Syria before 1500, although the Chinese had invented rockets even earlier. In the 1790s, some Indian armies included very large infantry units equipped with rockets. French mercenaries in Mysore had learned to make them, and the British Ordnance Office was enquiring for somebody with expertise on the subject. In response, William Congreve, whose father was head of the laboratory at Woolwich Arsenal, undertook to design a rocket on Indian lines. After a successful demonstration, about 200 of his rockets were used by the British in an attack on Boulogne in 1806. Fired from over a kilometre away, they set fire to the town. After this success, rockets were adopted quite widely by European armies.”

Rockets were not totally unknown in Europe prior to this, but the major introduction of them to the West happened during the Napoleonic Wars in the early 1800s. When the English civil engineers George (1781-1848) and Robert Stephenson (1803-1859) built their famous steam locomotive Rocket in 1829, rockets were still something of a novelty. Nevertheless, by the twentieth century they had developed into devices which in size and complexity differed so much from traditional Asian rockets that they had little in common apart from the name.

Space travel depended upon a host of scientific and technological innovations and in many ways represented the culmination of centuries of Western advances in these fields. It is unthinkable that you could have had space travel without the European Scientific and Industrial Revolutions. The chemical revolution which facilitated the discovery or invention of the materials and fuels needed for space technology started in the eighteenth century or earlier. The first device for generating an electrical current was created by the Italian Alessandro Volta in 1800. Electromagnetism was discovered by a Dane, Hans Christian Ørsted, and developed by people from Germany, Britain, France and other European nations.

Asian rockets were powered by gunpowder and weighed a couple of kilograms at most. None of them would have been able to challenge the Earth’s gravity, leave the atmosphere and explore the Solar System. The huge Saturn V multistage rocket, which was designed in the USA under the leadership of the rocket scientist Wernher von Braun (1912-1977) and allowed the astronauts Neil Armstrong (born 1930) and Buzz Aldrin (born 1930) to land on the Moon on July 20 1969, had a million times more mass and employed liquid oxygen and hydrogen.
– – – – – – – – –
As we recall, oxygen was discovered independently by Carl Wilhelm Scheele in Sweden and Joseph Priestley in England in the 1770s. Henry Cavendish had discovered hydrogen a few years before. Both gases were studied and named by the Frenchman Antoine Lavoisier. The Englishman Michael Faraday liquefied a number of gases in the 1820s, but not oxygen, nitrogen and hydrogen. Small droplets of oxygen and nitrogen were obtained by the physicist Raoul-Pierre Pictet (1846-1929) in Geneva, Switzerland and the physicist Louis-Paul Cailletet (1832-1913) in Paris, France in 1877. Liquid oxygen in a stable state and in appreciable quantities was created by the Polish chemists and physicists Karol Olszewski (1846-1915) and Zygmunt Wróblewski (1845-1888) in 1883. The German engineer Carl von Linde (1842-1934) and the British chemist William Hampson (1859-1926) made improvements to the apparatus for reaching low temperatures. Liquid hydrogen was produced by the Scottish chemist Sir James Dewar (1842-1923) in 1898 and solidified the year after. The Dutchman Heike Kamerlingh Onnes liquefied helium in 1908 and discovered superconductivity in 1911.

While the materials and electrical equipment needed to launch human beings into space, communicate with them and bring them safely back home could not have been made without prior advances in electricity, electromagnetism, chemistry and other fields, we must not forget the importance of mathematical tools as well. Without modern branches of mathematics such as calculus it would have been more or less impossible to bring people to the Moon and back, or to send robotic probes to Mars and other planets. Indeed, the very concept of “gravity” was only developed in Europe during the Scientific Revolution, by Sir Isaac Newton in England.

It is fashionable these days to claim that there were a number of “alternative paths” to modern science, which was born more or less independently in several regions of the world. Yet there was no alternative Mayan, Maori, African, Chinese or Indian path to space travel. A number of Asian countries such as Japan, China and India in the early twenty-first century have ambitious space programs of their own and will undoubtedly leave their mark in the field in the coming generations. If the Western world continues its current cultural decline, perhaps Asian countries will even play the leading role in future space exploration. This is certainly conceivable. Yet their space programs were initially established on the basis of wholesale borrowing from Western or Russian technology and did not have an independent local basis. 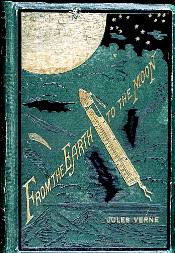 The developments which would lead to space travel began in the late nineteenth century. Writers such as the Englishman H. G. Wells (1866-1946) and the Frenchman Jules Verne (1828-1905), the fathers of the science fiction genre, inspired many people, including scientists who would develop practical rockets, to envision visits to the Moon and elsewhere. Rocket technology developed so much that space travel went from science fiction to fact.

The great American rocket scientist Robert Goddard (1882-1945) launched the world’s first successful rocket powered by liquid fuel in 1926. He used a steam turbine nozzle invented by the Swedish inventor Gustaf de Laval (1845-1913) a few years before. His rocket flight in 1929 carried the first scientific payload, a barometer and a camera. Robert Goddard was both a theoretical visionary as well as a practical engineer, a rare combination. He developed the mathematical theories of rocket propulsion, but his proposal for a rocket flight to the Moon received much ridicule in the media at the time. Like so many other pioneers, his genius was only fully appreciated after his death. He responded by stating that “Every vision is a joke until the first man accomplishes it; once realized, it becomes commonplace.”

Telescopic astronomy in the Russian Empire began for real with Mikhail Lomonosov. Serious ideas about space exploration began with Konstantin Tsiolkovsky (1857-1935), Russian scientist and visionary, the son of a Polish father and a Russian mother. In 1903 he published the article Exploration Of Space With Rocket Devices and drafted the design of a rocket powered by liquid oxygen and hydrogen. He calculated that a single-stage rocket would have to carry too much fuel to reach escape velocity and concluded that a multi-stage rocket would be more efficient. He once stated that “The Earth is the cradle of the mind, but we cannot live forever in a cradle.” Tsiolkovsky’s theoretical work about space travel was not well known in the West initially, but he had a major impact on some of those who would later become leading figures in the Soviet space program, among them Valentin Glushko (1908-1989).

The Ukraine-born Sergey Korolyov (1907-1966) was the leading Soviet rocket designer during the rapid developments of the 1950s and 1960s. He experienced triumphs such as the launch of the world’s first artificial satellite, the Sputnik 1, and the first human in space, the cosmonaut Yuri Gagarin (1934-1968) in April 1961. Sergey Korolyov died from failing health just before the Americans launched their successful missions to the Moon, perhaps due to his long stay in the Siberian Gulag during the ruthless purges of Communist dictator Stalin.

The German rocket pioneer Hermann Oberth (1894-1989) published the book The Rocket into Interplanetary Space in 1923, which explained mathematically how rockets could achieve a speed that would allow them to escape the Earth’s gravitational pull. He organized enthusiasts into a society for space flight, to which the young Wernher von Braun belonged. During the 1930s they were very interested in Robert Goddard’s efforts in the USA and copied some of his ideas. Von Braun worked with military rockets during World War II, among them the V-2 rocket used against Allied targets. He engineered his own surrender to the Americans after the war together with some of his top scientists. Hermann Oberth worked for his former assistant von Braun both in Germany and in the USA.

A number of scientists and experts were captured by Allied forces. The Soviet Union, too, captured a number of the engineers who had worked in the German rocket program, the most sophisticated in the world by the 1940s, but the most important person by far was Wernher von Braun himself. His background from Nazi Germany was obviously controversial, but he eventually became a naturalized American citizen and a driving force behind the American space efforts, including the Apollo Program which would lead to the first successful manned missions to the Moon. His skills as an engineer and visionary were certainly considerable, and Wernher von Braun is considered one of the greatest rocket scientists of the twentieth century.

When the Soviet Union with Korolyov launched the Sputnik 1 into orbit in October 1957, they ignited the Space Race between the two superpowers within the Cold War. The Americans responded quickly and established the National Aeronautics and Space Administration (NASA) in 1958. There was a large military component to this as rockets and missiles could be equipped with nuclear warheads, but the Space Race was also a competition for global prestige which generated peaceful benefits such as weather and communications satellites, too. Above all, it opened up the possibility of placing observatories outside of the Earth’s atmosphere and of sending probes to explore other bodies in our Solar System.

Among the most successful interplanetary space probes were the American Voyager 1 and 2, launched in 1977, whose data collected by their cameras and other instruments provided us with a great deal of new information about the gas giant planets. Voyager 2 in the 1980s became the first spacecraft to visit Uranus and Neptune, and both probes continue to transmit information about the far outer reaches of our Solar System.

The American Cassini orbiter, named after the Italian-French astronomer Giovanni Cassini, carried the European Huygens probe which in 2005 landed on Saturn’s largest moon Titan. Titan was discovered in 1655 by Christiaan Huygens and is the only moon with a dense atmosphere and a surface shaped by rivers and lakes of liquid ethane and methane. This was the first landing on a body in the Outer Solar System. Other probes have been sent or are being planned to study comets, asteroids, the Sun, Mercury, Venus, Pluto, Jupiter and above all Mars, in the anticipation of a possible manned mission to that planet later this century.

The idea of putting a telescope in orbit above the Earth’s atmosphere was suggested in 1923 by Oberth. However, the first person to suggest this and live to see his vision implemented was the American scientist Lyman Spitzer (1914-1997). He proposed a large telescope in space in 1946 and was analyzing data from the Hubble Space Telescope the day he died. The Hubble Space Telescope, named after the discoverer of the extragalactic universe, Edwin Hubble, has been one of the most successful scientific instruments in recent years. NASA named its infrared space observatory the Spitzer Space Telescope in Lyman Spitzer’s honor.