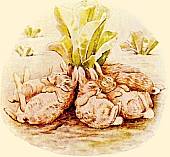 During the great twilight struggles of modern times — against the various forms of totalitarian Socialism in the 20th century, and against totalitarian Islam in the 21st — much has been made of democracy. Installing democratic governance in place of existing despotisms is seen as an unalloyed boon for the West, and beneficial to our national security.

But what is this “democracy” that everyone talks about? We all have a general idea about it: the ballot box, the purple fingers, a legislature composed of the people’s elected representatives, and so on. But, strictly speaking, democracy is just one form of representative government, and possibly the worst. Other, sturdier forms include the constitutional republic and the constitutional monarchy, both of which have long and distinguished pedigrees.

Once upon a time, the United States was a constitutional republic, and not a democracy. The Founding Fathers wisely considered pure democracy to be a danger to the commonweal.

But we have long since forgotten their prudence, and the current general understanding of the American political system is that it is a democracy in which the majority rules. Whatever 51% of the electorate wants at any given moment, that’s what we must have.

This definition is so widespread and entrenched that most people don’t even remember the original political structures that made the Republic work. The Constitution is seen as a quaint and annoying impediment, something that has to be gotten around in order to implement the will of the people.

Nothing better illustrates current trends than the ongoing arguments about Barack Hussein Obama’s missing birth certificate. On December 8th, in an article an article entitled “Obama Derangement Syndrome”, David Horowitz had this to say about the birth certificate controversy:

The birth-certificate zealots are essentially arguing that 64 million voters should be disenfranchised because of a contested technicality as to whether Obama was born on U.S. soil. (McCain narrowly escaped the problem by being born in the Panama Canal zone, which is no longer American.)

What difference does it make to the future of this country whether Obama was born on U.S. soil? Advocates of this destructive campaign will argue that the constitutional principle regarding the qualifications for president trumps all others. But how viable will our Constitution be if five Supreme Court justices should decide to void 64 million ballots? [emphasis added]

Mr. Horowitz is a former man of the Left, and he has not entirely abandoned the demotic enthusiasm of his former political stance. In this view, the Constitution of the United States is a “contested technicality”, and he looks askance at the idea that it can “trump” the expressed will of the people.

He’s got a lot of company. Most people instinctively disdain any constitutional provisions that run counter to popular opinion. But they overlook an unpleasant and dangerous truth: unconstrained democracy leads inevitably to tyranny.

There are no exceptions. If democracy is not hedged around with safeguards to check the venal and capricious expressions of the popular will, then tyranny will eventually be voted into existence.

The Framers understood this fact all too well. But two hundred years of opportunistic tinkering have eroded all the checks and balances, leaving us with a naked and unprotected version of democracy which is all too easily manipulated and corrupted by those who already hold positions of power. The universal franchise, the advent of various forms of socialist ideology, the deterioration of civic education, and the emergence of modern mass media have all contributed to the decline of our constitutional safeguards. Barack Hussein Obama just happens to be the lucky guy who stands to gain the most by seizing the historical moment.

Conservative Swede and I have been discussing this and similar topics in a series of emails. A portion of our dialogue is reproduced below:

So here we are, at the apotheosis of Western Civilization, in the full flowering of democracy. Two wolves, one sheep, voting about what to have for dinner.

In Europe, Wolf #1 comprises the Socialist political parties of various hues along with the full bureaucratic apparatus of the state, and Wolf #2 includes the Muslim immigrants who help keep them in power. Together these two groups can outvote the ordinary indigenous European sheep every time.

In the United States, one wolf is represented by the combination of welfare clients and non-WASP ethnic groups which reliably vote to keep the liberal-socialist regime in power. The other wolf is made up of federal, state, and local government employees, plus the unions and other remoras on the federal shark. Ordinary hardworking taxpaying sheep are no match for them at the ballot box.

The competing power structures — the various estates under the European monarchical systems, or the three branches of government and the sovereign states of the USA — no longer exist. There is only the unchecked and ever-growing power of the central government, voted into office election after election. This enormous bureaucratic system battens off massive taxation that is only possible under a productive and technologically advanced economy. As long as it can dole out the “free” benefits to complacent voters, the system continues to function.

But those days are almost over. The welfare state Ponzi scheme relies on an ever-growing population to provide new rubes for the old game, and all that is about to come to an end. The existing system will fail; it cannot avoid failure.

Democracy in America — and the rest of the West — is damaged beyond repair. It has reached its inevitable final form in the modern welfare state and is rapidly approaching endgame. There is no longer a large cohort of well-educated, virtuous, and industrious citizens who could come together and re-engineer the system. The existing structure cannot be supported indefinitely, and will have to collapse before any new, more resilient forms of representative government can emerge.

The collapse of the existing system is inevitable. The only questions are whether the collapse will occur suddenly or in slow motion, and whether a period of ignorance, brutality, and repression will intervene before liberty can be recovered.

The pattern is now clear, and future historians will be able to chart the natural flow of cause-and-effect in democracy’s trajectory of self-destruction.

When it is stripped of all republican, monarchical, or other time-tested structures that restrain the tyranny of the majority, the democratic process is eventually manipulated by the privileged classes to direct ever more power into their own hands. Bread and circuses are delivered to the voters to keep them quiescent, and the voters in return deliver their votes to one or another members of the oligarchy who keep the machine running smoothly for their own benefit.

As the system becomes more and more brittle, repression becomes more overt. All real dissent is squashed, gently if possible, but brutally if required. Just ask Frank Vanhecke.

We are left with a shell and a caricature of the original functions of self-government. People can vote for anyone on the ballot they want to, but they can’t change the system that exploits their vote.

33 thoughts on “Two Wolves and a Sheep: Democratic Tyranny”