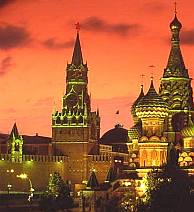 Over the last few months Dymphna and I have discovered that the only Gates of Vienna posts that are virtually guaranteed to get massive numbers of comments are the ones that discuss Russia. What is it about Russia that elicits such extremes of opinion (and invective) among our readers?

As regular readers know, I am no Russophile.

But many commenters here seem to be unable to distinguish among America’s interests, Russia’s interests, and what is morally right or wrong.

America’s interests and Russia’s interests (surprise!) do not coincide. The behavior of both countries may or may not be morally right, but that is irrelevant to the argument at hand.

Actions which are moral for an individual or a small group may be immoral if taken by the leader of a nation. This is what makes statecraft so difficult: a leader who truly represents his people may have to do appalling things on their behalf. When “Bomber” Harris instituted the mass bombing of civilian targets in Germany during World War Two, it was in what he judged to be the interests of the British people to do so. He was looking after their welfare. One may disagree with the wisdom and/or the effectiveness of his strategy, but that is the reason it was undertaken.

What would be an abomination for an individual may be an obligation for a national leader.

There is no escaping this dilemma. Any great leader will face it, and if he places the welfare of his own people ahead of his own, he may commit acts that will haunt his conscience for the rest of his days.

President Bush has acted immorally towards his own people.

It is arguable that Vladimir Putin has acted in a more moral fashion with respect to his own people than George W. Bush or Bill Clinton has with respect to Americans. This is because the forty-second and forty-third presidents of the United States placed “international law” ahead of the welfare of Americans.

Not to see this is to be obtuse.

It means that he has taken care of his own.

George W. Bush has not taken care of his own. He has taken care of Mexicans, the UN, the OIC, the Saudis, the Shiites of Iraq, and the trans-national oil companies.

Not to see this is to be obtuse.

God help me, but Vladimir Putin has been a better leader of his own country than George W. Bush (or any president since Reagan) has been for the United States of America.

It’s an ugly and unpalatable fact, but it is true.