[note: this post has been redacted. I have not taken such action on any post before this. Posts ought to stay in their original form, with updates as necessary. However, this case is different.

Originally, it began with a question raised by one of our commenters about the principles of conservatism. After pondering that question for a few days and then spending time to respond to it, I discovered the ill will which lay behind the posting of the original query – it was done merely to irk another guest on our blog.

When I understood the lack of gravitas and the level of malice involved, it seemed best to remove his question entirely. In its place, I have substituted a further introduction to the principles of Conservatism as I have come to understand them.]

First, a personal note: I owe my turn to Conservatism to a number of factors.

One of them was reading about supply-side economics via Robert Mundell and understanding that there is an ideal balance or level of taxation for any commonweal.

Another was many conversations with our friend, Wally Ballou. He may be the most intelligent political animal I know personally. No doubt there are bigger stars out there, but Wally is the brightest star in my particular galaxy. I owe him a debt of gratitude for what he has taught me over the years – the books, the conversations, the explaining. It was difficult sometimes; Wally does not suffer fools gladly. 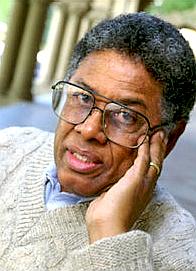 Thomas Sowell has served as my teacher through his many books on economic and political philosophy. I recommend any of them, along with his columns. In his latest essay Sowell reminds us the dangers of being ruled by what he terms ‘intellectuals’ (the scare quotes are his):

History fully vindicates the late William F. Buckley’s view that he would rather be ruled by people represented by the first 100 names in the Boston phone book than by the faculty of Harvard.

If you have time, research Sowell’s background. He arose from the underclass ghetto in New York City to become an eminence grise of modern day Conservatism. That was definitely an uphill road.

What finally turned me away from the well-meaning reductionism of socialist thinking?
– – – – – – – – –
It was the dehumanizing experience of working in the “human services” field. I saw first hand that people were not helped by on-going handouts from bureaucracies. It made them resentful, even as they put out their hand to take the benefits on offer. But the only people who truly benefitted were the bureaucrats like me. We sat at desks, overwhelmed by paperwork and drew a salary based on others’ suffering and poor decisions. We were never given any real resources that would allow us to help people to get out of the system.

As the election of Barry Obama to the office of president of the U.S. demonstrates, Conservatives have their work cut out for them in going up against the role of government as the leftists in this country perceive it. One can no longer presume that “someone else” will take care of things and set them aright.

The political road we have been traveling since the 1930’s is the wrong path. If we do nothing to prevent it, America will simply become a mini-me Europe. This is a quest for the holy grail of collectivism that the radicals of the 1930’s and their children of the 1960’s have been on for generations now.

It is possible to undo the harm these people have done, but it will take work as dedicated as theirs has been in fomenting this harm. The machines own the big cities and some of the towns, but there is much of America they have not touched. That is why I have hope that the tipping point has not been reached; it is not even near.

The unprecedented prosperity of this country has permitted radicals to riddle the social fabric without much fight back from those who were busy with getting and having and keeping against all comers.

The coming depression will change that and not even the so-called powerful global corporations will be able to grab the reins of the cataclysm and wrest control. What we will see is the harvest reaped by generations of self-satisfied greed sown by those who claimed they’d gotten theirs by their own hard work and others should do the same.

Now they are beginning to see the limits to both extreme individualism and collectivist solutions to the problems created by overweening greed.

It is my contention that the principles of conservatism as outlined by Russell Kirk best answer those who think we need no government “interference” and those who believe that government “intervention” is the solution to any problem, social or individual.

Most conservatives who have studied the subject would say that our political philosophy rests on foundations that are perennial and unchanging. They go far back into the roots of human civilization and the particular manifestations of these underlying principles are simply examples of truths that arise to meet a particular problem in a given culture.

Russell Kirk has given the best modern summation of Conservatism. His points are unchanging truths, not cobbled-together slogans to meet popular demand.

Kirk wrote in a deliberately antiquated style. It suits the material he wanted to address with the full gravity it deserves. Long after the “popularity” of the sloganeering politicians has faded, these ten principles will remain.

The versions presented here are truncated. I have made emphases in bold as they seemed to my own concerns. I have also rearranged some of Mr. Kirk’s wording. The emphasis on “order” is his own.

Links to the original material are at the end of this essay.

1. The conservative believes that there exists an enduring moral order. That order is made for man, and man is made for it: human nature is a constant, and moral truths are permanent.

This word order signifies harmony. There are two aspects of order: the inner order of the soul, and the outer order of the commonwealth. Twenty-five centuries ago, Plato taught this doctrine, but even the educated nowadays find it difficult to understand. The problem of order has been a principal concern of conservatives ever since conservative became a term of politics.

2. The conservative adheres to custom, convention, and continuity… Custom enables people to live together peaceably. Convention permits us to avoid perpetual disputes about rights and duties: law at base is a body of conventions.

3. Conservatives believe in the principle of prescription. We are dwarfs on the shoulders of giants, able to see farther than our ancestors only because of the great stature of those who have preceded us. Thus, the emphasis on prescription and on those things established by immemorial usage, by the establishment of precedent, including rights to property.

4. Conservatives value prudence as a principle. Burke agrees with Plato that in the statesman, prudence is chief among virtues. Any public measure ought to be judged by its probable long-run consequences, not merely by temporary advantage or popularity. Liberals and radicals are imprudent. They dash at their objectives without heed to the risk of new abuses worse than the evils they hope to sweep away .

5. Conservatives cherish variety. They feel affection for the proliferating intricacy of long-established social institutions and modes of life, as distinguished from the narrowing uniformity and deadening egalitarianism of radical systems. For the preservation of a healthy diversity in any civilization, there must survive orders and classes, differences in material condition, and many sorts of inequality. The only true forms of equality are equality at the Last Judgment and equality before a just court of law. All other attempts at leveling lead to social stagnation.

6. Man is imperfect. Thus no perfect social order ever can be created. Because of human restlessness, mankind would grow rebellious under any utopian domination, and would break out once more in violent discontent or else expire of boredom. To seek for utopia is to end in disaster. In a tolerably ordered, just, and free society, some evils, maladjustments, and suffering will continue to lurk. Prudent reform permits us to preserve and improve this tolerable order. If the old institutional and moral safeguards of a nation are neglected, then the anarchic impulse in humankind breaks loose: “the ceremony of innocence is drowned.”

7. Conservatives are persuaded that freedom and property are closely linked. Separate property from private possession, and Leviathan becomes master of all. Upon the foundation of private property, great civilizations are built. The more widespread is the possession of private property, the more stable and productive is a commonwealth. Economic leveling, conservatives maintain, is not economic progress. Getting and spending are not the chief aims of human existence. A sound economic basis for the person, the family, and the commonwealth is desirable.

8. Conservatives uphold voluntary community, quite as they oppose involuntary collectivism. Although Americans have been attached strongly to privacy and private rights, they also have been a people conspicuous for their spirit of community. In a genuine community, the decisions most directly affecting the lives of citizens are made locally and voluntarily. Some of these functions are carried out by local political bodies, others by private associations: so long as they are kept local, and are marked by the general agreement of those affected, they constitute healthy community. But when these functions pass by default or usurpation to centralized authority, then community is in serious danger.

9. The conservative perceives the need for prudent restraints upon power and upon human passions. Politically speaking, power is the ability to do as one likes, regardless of the wills of one’s fellows. A state in which an individual or a small group are able to dominate the wills of their fellows without check is a despotism, whether it is called monarchical or aristocratic or democratic . When every person claims to be a power unto himself, then society falls into anarchy.

10. Conservatives understand that permanence and change must be recognized and reconciled in a vigorous society. The conservative is not opposed to social improvement, although he doubts whether there is any such force as a mystical Progress at work in the world. When a society is progressing in some respects, usually it is declining in other respects. The conservative knows that any healthy society is influenced by two forces, which Samuel Taylor Coleridge called its Permanence and its Progression.

There you have it. The ten principles of Conservatism. To the extent that the Republicans, and before them the classical liberals, wandered from these prescriptions, our country has suffered, and will continue to do so.

Is a renaissance possible? I think so. Some people will choose one or another principle to emphasize, but in the long run if we focus on what is to be done to return to these fundamentals, to that extent we leave the world a better place than we found it.

In any event, to choose just one principle and to live it to its fullest is to participate in the generativity that we will bequeath to the next generation. However, as Kirk notes, we cannot do this as individuals but as voluntary local groups seeking to exist within the context of fundamental principles and to expand them.

No man is an island, as the coming economic chaos will prove all over again.

The Politics of Prudence

31 thoughts on “Does Conservatism Have Any Rule Books?”