For our European readers: Sarah Palin is the governor of Alaska, and has just been named as John McCain’s vice-presidential choice.

For our Danish readers: Below is my favorite photo of Sarah Palin. 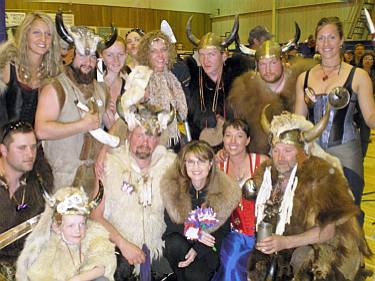 The future Vice President is in the center foreground, sitting down. For a full-sized version, see this post at American Thinker.

26 thoughts on “Trolling for the Viking Vote”