Below is a guest essay by our Dutch correspondent Michiel Mans. It’s a cross-post from his own site, where it was published earlier today. 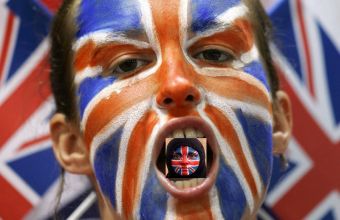 I think reincarnation is bollocks but if I am a reincarnation of anything, I think at some recent point in time I was British. Probably English and vaguely Scottish on my mother’s side. That was one of the reasons I watched BBC’s Panorama about Britishness with more than a passing interest. I saw parallels with Dutchness as well. And what is Britishness?
British? “Indian…”

Sometimes one cannot give a definition. Like with Britishness. Yet, anyone knows when one stumbles upon something or someone British. Or recognizes a lack of Britishness. ‘As British as the Queen’, some might say. A real Brit would give you a sardonic smile at such a revelation of Britishness and add “apart from her sausageness that is”. Yet, it is true. In all but cases like episodes of Blackadder and the like, her Majesty is British.
British 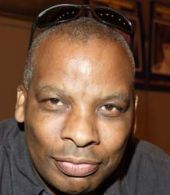 Though not being able to capture it in a clear definition doesn’t mean there are no keywords. Phlegmatism, a preference for subtlety when describing otherwise somewhat unpleasant things or stressful situations, an indestructible sense of humour and, according to the rest of the world, a very bad taste. In food that is. And, of course, gallons of tea will sort out just about anything that has gone wrong. Perhaps that is why the mayor of Amsterdam pours barrels of it when there is trouble. Alas, it is not the liquid itself. Maybe he should have a cup with London’s mayor to find out more. Apparently, lots of tea used the British way over longer periods of time, produces stiff upper lips. Gallons of ale, beer or spirits, in particular Scotland’s finest, give the British their courage. This, strangely enough, they call Dutch courage. No idea where that one comes from.
– – – – – – – – –
British 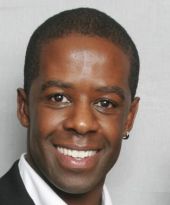 An inbred hate for the French, seems to be part of the British make-up as well. In spite of Entente Cordiale and the import of more edible foods. To some extend this courtesy befalls the Germans as well. Actually, some British see any Johnny foreigner as… mmm… yes.. not sort of… British. Yes that is it. Not British. Can one become British is an obvious next question? And, as some might think now, does one have to be white? The answer is ‘yes’, and ‘no’ to the second part.
British 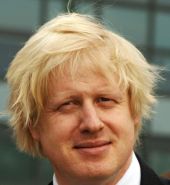 Those from Goodness Gracious Me, who created the old guy who always said “Indian” to whatever was presented to him, are actually quite British. Don Warrington in and outside BBC’s Man Child, is British. Adrian Lester (Hustle) is British. Even Boris Johnson, his blood full of Turks, garlic and sausages, is British. Actually Boris seems to have reinvented the upper class eccentric variety. And a fine one he is indeed. Yes, you can become British. It is not easy but then, what is?
Frogs, not British

So, there is no real (racial) prejudice or limitation hindering Britishness. However, I do not see any serious Muslim ever become British. Be honest, that was what Panorama was about. It is not just their silly (female) dress code, which means a lot more than just folklore. Even if it would just be folklore, don’t forget that the Scots had some difficulty in getting their Kilt being recognised as British as well. The wrapping up of women is however far, far more evil than occasionally showing your private parts on a windy day. Actually, the female Muslim dress code is an oppressive and obsessive prevention from exposing private parts. Every inch of female exposure can change men into sexual berserkers, or so is the ‘reasoning’ behind this wrapping up. And unlike the Scots, no jokes please, or else…
British?

The problem with many serious Muslims is that they are, and according to their faith, must be above all else, Muslim first. Their Qur’an teachings make it impossible for them ever to become British unless they overcome the British. The teachings of the Prophet are alien to Britishness. Can anyone imagine a devout Achmed Blackadder taking the piss out of Muhammed?

And that is just a first step.