The following is a report on the current political situation in Austrian, as observed by our Austrian correspondent ESW. 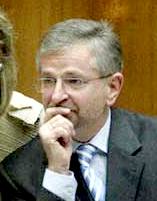 A collective gasp was heard throughout the country when Wilhelm Molterer, vice chancellor and leader of the Austrian People’s Party, called new elections this past Monday. They will be held on September 28, 2008.

The political situation has been unacceptable for the past four months. The two governing parties, the socialists and the conservatives, did not get along and made each other’s lives as politicians more than difficult. This was evident on a daily basis: bickering and disagreements, hardly any serious results to be seen, despite the rather difficult situation citizens are facing in light of high taxes, rising prices, and growing immigration. 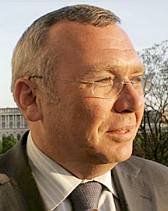 Many, including myself, never believed in the success of the grand coalition. During coalition talks, former chancellor Wolfgang Schuessel forced then presumptive chancellor Alfred Gusenbauer’s to renounce most, if not all, promises made by the socialists during the election campaign in 2006. The socialists had wanted to cancel the Eurofighter fighter jets, which the conservatives had ordered while leading the government. Another promise had been the scrapping of the university tuition (ridiculously low at 360 euros per semester). It was clear from the beginning of the coalition talks that these promises could and would not be upheld, which in turn angered socialist voters.

It was a bad start for Gusenbauer. It only went downhill. He is known as a wine expert, an intellectual, and resistant to advice offered by his cabinet. He who had wanted to be a “people’s chancellor” was never there for the people.
– – – – – – – – –
Well, until the day he decided to listen to the people and tell them, via the most popular Austrian newspaper (Die Kronenzeitung) that his party would support referendums on EU matters in the future. This comes from a party that unanimously voted in favor of the Lisbon Treaty in April. Austria was one of the first countries to ratify the treaty.

The conservatives, on the other hand, outraged by this “180-degree change in EU matters”, consider(ed) this move unacceptable. While the two parties had been at odds more or less since the signing of the coalition pact, the socialists’ change of mind was unacceptable to the fiercely pro-EU People’s Party. It is interesting to note that the socialists did not really change their minds on EU matters other than advocating future referendums. They are still in favor of the “Project”.

Basic EU rhetoric could still be heard from socialist members of parliament during this week’s parliamentary session. This included the usual:

While there is great relief about the end of this government, there are valid concerns about the day after the elections. Who will (be able to) govern Austria? There is much mistrust between the governing parties, which stems from the prior coalition government between the conservatives and the freedom party led by Joerg Haider. Haider is no longer a factor in domestic politics, having split from the freedom party in 2002. The freedom party’s current leader, Heinz-Christian Strache, a charismatic, but less intellectually endowed young man, is considered by many as extreme and prone to populism. All political parties have more or less ruled out forming a coalition with the freedom party. However, the latest polls show that Strache will be a force to reckon with. There is no chance that one party will gain an absolute majority in September, which means there will have to be a coalition of some sort. This will prove difficult, if not nearly impossible. Many small parties are also bidding for the 4% hurdle to gain seats in parliament. The majority of these small groups are catering to protest voters, voters who have been sickened by the constant bickering in the past 18 months of socialist and conservative rule.

You might ask which party will receive my vote. I have been a conservative all my life. Even though I never agreed on everything the OVP stood and stands for, I considered them the lesser evil. However, having joined the counterjihad movement, having become EU-critical (Eurabia, anyone?), I have now found that I no longer feel at home in the conservative party. There is simply no room for an EU critic and skeptic in their midst. They are not addressing the immigration issue with enough fervor. They are dhimmis (those aware of the issues surrounding the Counterjihad Vienna Workshop meeting will know what I mean) through and through. And since there is only one other party that does address my worries and listens to my concerns; that stands for upholding Austrian and European values; that understands the nature of Jihad, I will give my vote to …. Well, it ain’t the socialists and it ain’t the greens. Figure it out for yourselves! What my vote will do is anyone’s guess. We are in for a hot summer and an even hotter fall!

2 thoughts on “The Collapse of the Austrian Government”