I often write derogatorily about Non-Governmental Organizations (NGOs), the quasi-independent groups that assist the UN, the EU, and various national governments in a number of fields. They are frequently leftist organizations, growing out of the various non-profit foundations which push notorious Marxist, feminist, or radical environmental positions on governments and international bodies.

But some of the NGOs are on our side, and David Littman is involved in several of them. Nobody has done more than he to expose the corrupt chicanery and dangerous appeasement practiced by the UN and the EU.

And for that reason, the United Nations Human Rights Council has attempted to silence him:

The top U.N. human rights official said Wednesday she was concerned at possible “taboo” subjects at the U.N. Human Rights Council after the chair blocked any discussion on Islamic Sharia law.

The 47-member council “should be, among other things, the guardian of freedom of expression,” Human Rights Commissioner Louise Arbour told journalists.

“There are obstacles at the council level,” said Arbour, who steps down from her post at the end of the month. 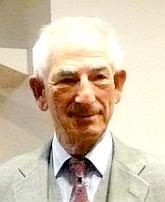 Her comments follow the decision of Council chair Doru Romulus Costea on Monday to cut off a speaker who raised the subject of Islamic Sharia law in relation to human rights.

David Littman, reading a joint declaration by two NGOs, the Association for World Education and the International Humanist and Ethical Union, had highlighted the plight of women in countries which apply Sharia law, including the death penalty by stoning for alleged adultery.

His words sparked a furious response from Arab and Islamic members of the council, with Egyptian ambassador Amr Roshdy declaring: “Islam won’t be crucified before this Council”.

The chair intervened to say that “this Council is not prepared to discuss religious matters in depth,” and warned Littman he would be interrupted should he try to raise the issue again.

Costea defended his stance Wednesday, insisting that “the Council doesn’t have the expertise to debate about the fascinating links between religion and human rights.”

“It’s a matter in which we have to be very careful,” he added.

The Council doesn’t have the expertise to debate about the fascinating links between religion and human rights.

In other words, if your religion makes you commit atrocities, they’re not atrocities in the eyes of the United Nations. If people are oppressed in the name of religion, then it’s not oppression.

According to the United Nations, freedom of religion gives Muslims carte blanche to do whatever they want to anyone at any time, and it’s of no concern to the UNHCR.

We’ve got Islam instead.

7 thoughts on “UNHRC: Freedom of Religion Trumps Everything Else”