Regular readers will remember Omar Al-Rawi, the Austrian Muslim activist (and socialist). In his latest escapade he agitated for the cancellation of a church lecture by an author considered too critical of Islam.

Our Austrian correspondent ESW has translated a couple of articles about the incident from the Austrian press. The first is an editorial from Die Presse.

Intervening against every critical remark against Islam
by Erich Kocina

The whining level of the Austrian Islamic community is high. There are actually critical voices that are needed for the much quoted dialogue. 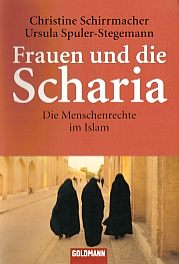 They do not tire of praising cooperation, dialogue, or world peace. Representatives of religious communities also like to praise the (country’s) general openness. But where they themselves are concerned, things are quite different. This happened shortly before a lecture was to take place in Traun, a small town in Upper Austria: Omar Al-Rawi, integration representative of the Islamic community and socialist member of the Vienna city council, had stirred up controversy against Christine Schirrmacher, accusing her of being an “Islamophobe”. He was successful: The organizers, a small church parish, canceled the invitation extended to the head of the Bonn Institute of Islamic Issues. Al-Rawi refers to the book cover (!) of Schirrmacher’s book “Women and the Sharia”. It states: “In the name of Sharia, women are circumcised, forced into marriages, raped, imprisoned, stoned or honor-killed.”

For Al-Rawi, this is an unacceptable “generalization”. A judgment about the attitude of a person on the basis of a book cover, however, apparently is not.

Just so there is no bias here: The Jewish community recently protested against a podium discussion on Gaza, an event that was co-sponsored by strong critics of Israel. And we can also imagine the reaction of the archdiocese if the floor were given to well-known critics of the Church and Christianity. That is pretty much the opposite of dialogue.

Islam lecture: Scandal because of cancellation
by Rainer Nowak

VIENNA. Interventions at events concerning Islam are slowly becoming a habit. The latest case: A lecture in Traun [a small town in Upper Austria] was cancelled last week. Omar Al-Rawi, the integration representative for the Islamic community and socialist member of the Vienna city council, had accused speaker Christine Schirrmacher of being an “Islamophobe.”

The Islam scholar is apparently a well-known anti-Islamic activist belonging to the evangelical “Lausanne movement”. According to Al-Rawi, Evangelicals are known for their support of anti-Islamic activities. The consequence: The organizers disinvited the head of the Bonn Institute of Islamic Issues. The justification: The fear of presenting an unobjective view of Islam.

The protest against the cancellation was quick to come. Schirrmacher’s criticism of Al-Rawi consists of the fact that his allegations are not supported by quotations from her writings or speeches.

In an interview with “Die Presse” Al-Rawi refers to the text on the back of the book “Women and the Sharia,” which was co-written by Schirrmacher. It states: “In the name of Sharia, women are circumcised, forced into marriages, raped, imprisoned, stoned or honor killed.” Al-Rawi considers this a generalizing statement: “No one is doing this in the name of Sharia, but in the context of patriarchal structures “. He obtained his information about the author from the Internet.

Schirrmacher’s supposed Islamophobia alone would not have led him to protest against the speech: “What bothered me was the fact that someone could have made Islamophobic statements under the guise of an event on integration,” he says. Moreover, not a single Muslim was invited to be on the podium in order to counter the arguments.

Tarafa Baghajati, together with Al-Rawi co-founder of the Initiative Muslim Austrians, used a similar argument last year when he tried to claim a seat on the podium of discussion led by Henryk Broder. The event, organized by a group tied to the Austrian Conservative Party ÖVP, should not offer a one-sided approach, Baghajati said. Broder refused.

3 thoughts on “The Whining of Austrian Muslims”