One of our readers/contributors emailed us yesterday, explaining why he reads Gates of Vienna: 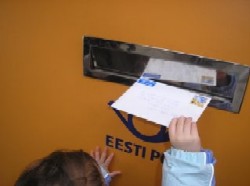 I’ve been intending to email you ever since the flap with Pajamas Media, but events have moved more quickly than my response (I have time to read blogs only on weekends). Just wanted to let you know that I’m another one of your many dedicated readers who very much appreciate the effort you are putting into Gates of Vienna. (I did just make a contribution.)

I think it’s essential that you stick to your guns and maintain open, civil, and rational discussion. It is important to thoroughly explore and rationally discuss all possible scenarios, outcomes, and responses.

Pretending that there are not horrific possible end games will not avoid them; in fact, the best way to avoid them is to be aware that they are possible. I was going to email you about the often hysterical response to Herman Kahn when he tried to do the same thing regarding nuclear war back in the 1960s, but one of your other astute readers beat me to it.

I also appreciate that GoV is willing to explore beneath the surface of the GWOT to discover its cultural, social, and political causes. This is something other blogs (including sites like Jihad Watch) are not willing to do – they can’t get beyond fighting today’s battles to the grand strategy of winning the war. And don’t get too upset about the lightweights at LGF.

Another extraordinary aspect of your blog is that it is crystallizing an ideological response to both cultural leftism and jihadism. For lack of a better name, I call this ideology “free nationalism.”

Free nationalism defends the nation-state against both multinational empires like the EU and multicultural disintegration; it believes in democracy and freedom (not statism); its nationalism is culturally (not racially) based. The decisive argument the free nationalist can make is that freedom and democracy are only possible within the historically-evolved framework of the nation-state; the alternatives to the nation-state are bureaucratic empire or the anarchy of tribal strife. (In the ancient and medieval worlds, free and democratic government were possible only within the smaller compass of the city-state.) Free nationalism could rejuvenate or even replace a “conservatism” that has become incoherent to the point of meaninglessness. [my emphasis – D.]…

At any rate, keep up the good work, and I hope to post at some future point when I have more time. (I’d prefer to remain anonymous, as I live in politically-correct Dhimmisota, home of America’s first Islamic public school.)

I wrote back, asking if I could use his email as a post.

By all means, feel free to use part or all of my comments as a post. You can use my state if it’s relevant.

Minnesota seems to be the most vulnerable of all states in giving its Islamic population whatever it wants, even if it violates the constitution. The Islamic charter school is the latest in a series of incidents (such as separate art classes for Muslim students, the flying Imams, suppression of the Mohammed cartoons at Century College, etc.) to happen in Minnesota. I think like so many things Minnesotan, it has to do with our large Scandinavian-descended population — it is the persistence of certain patterns of thought from the Old Country.

Maybe this is a topic for Fjordman.

91 thoughts on “Maybe This is a Topic for Fjordman?”