Fjordman sent us a link to this article about Mullah Krekar, and included a thumbnail sketch of the Mad Mullah of Norway:

Krekar is an open supporter of Osama bin Laden, whom he has called the “jewel of Islam.” But according to the European Union, we cannot deport him. That would violate his human rights.

Mullah Krekar has been a thorn in the side of Norway for years. He has helped maintain jihad terrorism websites, advocated the killing of Australian soldiers in Iraq, and threatened retaliation if he is deported.

But he can’t be deported because he faces possible execution if he returns to Iraq. Like those Somali pirates who can claim asylum in the UK if they ever manage to get there, Mullah K. can remain safely ensconced in Norway no matter how bad a boy he is.

Krekar can stay in Norway

After months of quiet diplomacy, the Norwegian government has given up on efforts to send former terrorist-group leader Mullah Krekar back to his homeland. 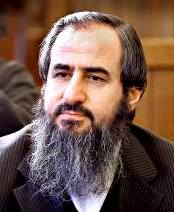 Krekar, who has been under an expulsion order after being determined a threat to Norway’s national security, initially came to Norway as a refugee from Iraq in the early 1990s.

It later emerged that he was the head of guerrilla group Ansar al-Islam and he repeatedly violated the terms of his asylum by travelling back to northern Iraq to lead guerrilla activities.

Krekar is the only person in Norway ever to have been sentenced to deportation because he is a danger to the country’s security.

However, Norway has not been able to deport Krekar because he faces the death penalty in his homeland. Norway will not extradite anyone if they are under threat of execution when they are returned to their country of origin.

Mullah Krekar’s lawyer, Harald Stabell, is satisfied with the outcome. “An agreement for deportation would not have held up in relation to international regulations on human rights,” said Stabell to newspaper VG.

However, he notes that Krekar continues to be without rights in Norway and the deportation order remains in place.

[Labour and Inclusion Minister Bjarne] Hanssen confirmed the decision to let Krekar stay, but said: “With the proviso that I assume the police will protect Norwegian citizens from a person that is regarded to be a danger to the country’s security.”

This is a nasty little trap we have gotten ourselves into…

The West has to import lots of questionable Third-World immigrants for the sake of Multiculturalism, and to save poor refugees from persecution, and to make up for its own lack of willing low-wage laborers.

If our guests turn out to be criminals or worse, pointing out that fact is evidence of “racism”, and can cause the offender to be fired or prosecuted.

If a violent and dangerous criminal happens to be among the new arrivals, he can’t be deported because — surprise! — his prospects would be worse at home.

Then, presumably, he can get all his uncles, aunts, parents, grandparents, wives, children, and cousins into the country under the “family reunification” rules.

And then all of the above subsist at taxpayers’ expense on generous welfare payments.

Are we all lunatics, or what?

By the way — in the photo above, you’ll notice that Mullah Krekar appears to have the “Muslim stigmata”, the red bruise on the forehead that comes from the frequently repeated and extra-zealous banging of the head on the mosque floor during prayers.

12 thoughts on “Norway to Mullah Krekar: We Give Up!”