Pasha Kara Mustafa, the Grand Vizier of the Ottoman Empire, never managed to bring Muhammad to Vienna in 1683. But the Austrian Social Democrats have succeeded where Kara Mustafa failed, and have named a Vienna city square “Muhammad Asad Square”.

Our Austrian correspondent ESW has the story.

Vienna — The square in front of the gate to the headquarters of the United Nations in Vienna is named after a Muslim: “I am proud of the fact that a Viennese street sign recalls (the prophet) Muhammad,” said Omar Al-Rawi, SP-councilor and in charge of questions of integration of the Austrian Islamic faith community.

The designation of the previously nameless place as “Muhammad Asad Square” goes back on his initiative, said Al-Rawi. The city of Vienna honored this by contributing to the EU’s intercultural dialogue. I wonder when the Buddha and the Japanese emperor will be honored in Vienna. 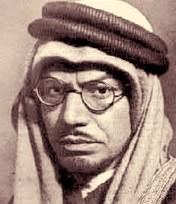 “By naming this square Muhammad Asad Square, Vienna is honoring a man who spent an important part of his life in this city,” said Al-Rawi.

Leopold Weiss was born a Jew in 1900 in the city of Lviv in Galicia, and moved to Vienna, where he went to school and studied philosophy.

Weiss later moved to the British Mandate of Palestine, staying in Jerusalem at the house of an uncle, the psychoanalyst Dorian Weiss. He picked up work as a stringer for the Frankfurter Zeitung, selling articles on a freelance basis. His pieces were noteworthy for their understanding of Arab fears and grievances against the Zionist project. Eventually contracted as a full-time foreign correspondent for the paper, his assignments led him to an ever deepening engagement with Islam, which after much thought resulted in his religious conversion in 1926.

“Islam appears to me like a perfect work of architecture. All its parts are harmoniously conceived to complement and support each other; nothing is superfluous and nothing lacking; and the result is a structure of absolute balance and solid composure.”

He traveled through Egypt, Saudi Arabia, and Iran, and ended up in India where he met and worked alongside Muhammad Iqbal, the poet-philosopher, who had proposed the idea of an independent Muslim state in India, which later became Pakistan.

Asad’s parents were murdered by the Nazis in the Holocaust.

After Independence and the Partition of 1947, Asad was appointed Pakistani ambassador to the United Nations. Towards the end of his life, he moved to Spain and lived there with his second wife, Paola Hameeda Asad, until his death.

Talal Asad, an ethnologist residing in the United States, visited Vienna for the first time in commemoration of his father. He says, “Integration means discussion of social conflicts.” He added that integration could only work eye to eye. He praised the Social Democrats for their contribution to (Muslim) integration.

Note: The three photos shown above are of Omar Al-Rawi in front of the UN building with the sign “Muhammad-Asad Square”, Muhammad Asad, and Talal Asad, respectively.

5 thoughts on “Muhammad Comes to Vienna”