Oh Cassandra, what did you know?
You who bring bad news wherever you go.

— Al Stewart, from “Helen and Cassandra”

According to the ancient Greeks, Cassandra’s curse was to see accurately into the future, but without the possibility that she would ever be believed: 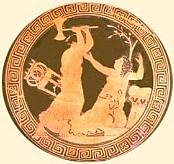 Cassandra was the most beautiful of the daughters of Priam and Hecuba, the king and queen of Troy. She was given the gift of prophecy by Apollo, who wished to seduce her; when she accepted his gift but refused his sexual advances, he deprived her prophecies of the power to persuade.

And so Cassandra’s name has come to mean someone who utters unwelcome and unheeded predictions of disaster.

We’re not really playing the Cassandra role here. We don’t pretend to be able to see into the future. But we’re interested in sifting data, tracing possible trends, and following divergent threads of speculation to see where they may lead.

Momentous events are building up across the globe. It’s quite possible that an aggressive and barbarous Islamic revival will acquire a nuclear bomb or other weapons of mass horror in the near future. That dreadful prospect makes it imperative to at least attempt a peek into the various plausible scenarios that lie ahead of us.

But some people consider certain areas of speculation to be out of bounds.

To be specific, what got Gates of Vienna in trouble recently was an exploration of the possibility of civil disorder, mass insurrection, and the general breakdown of European governmental authority if unchecked Muslim immigration into the continent continues. If existing political authority were to erode, one of the imaginable consequences is that mob violence, the emergence of well-armed paramilitary organizations, or new authoritarian regimes supported by outside powers could initiate mass slaughter against Muslims.

The events described above might occur if existing European governments fail to change current policies. The EU and its member states are ignoring the will of their people, the example of history, and the principles of prudent governance. Any state that fails in its duty to protect its citizens will of necessity be viewed as illegitimate, and cannot continue to wield authority indefinitely.

When that authority breaks down, all bets are off. A chaotic and unpredictable situation emerges, and any number of unsavory scenarios become imaginable.

That, in a nutshell, is the thesis that got Gates of Vienna in so much hot water. We were seen as advocating genocide, or being less than adequate in our declarations against it, or opening the door to it and making it more likely by talking about the possibility that it might happen.

I don’t buy that argument.

I don’t believe that there are legions of unwashed slope-browed atavistic Europeans who will be activated by my words.

I don’t accept that my analysis will “open the door” to the idea and somehow make it acceptable.

This is balderdash. Did all those ban-the-bomb folks with their posters of mushroom clouds make it more likely that the USA and the USSR would nuke each other? Were they advocating nuclear war?

Or were they instead reacting to what they believed was a real possibility, something that they wanted with all their hearts to prevent?

With the Cold War and MAD in mind, take a look at this excellent essay that arrived in our mailbox yesterday.

Vegetius Renatus is the pseudonym of a longtime reader from the Washington D.C. area who works as a consultant on logistics, organizational planning, and the supply chain. Wargaming and prediction are his stock-in-trade, so he offered his thoughts on the recent controversy.

Rather than Cassandra, consider Paul Revere and Herman Kahn.

Wargaming the Unthinkable
by Vegetius Renatus

Catching flak for thinking about the unthinkable has a long and honorable history.

Gates of Vienna has raised concerns about internal violence — civil war, leading to genocide — as a possible outcome if Europe’s political leaders do not deal with Islamization through political means. GoV published an essay characterized as a possible future scenario, stating it was “descriptive, not normative,” which apparently was not enough of a disclaimer for Pajamas Media, which cannot support thinking about the unthinkable concerning the future of Islamization in Europe.

So be it. PJM was never intended to be a think tank nor a serious wargaming organization, but rather a commercially successful aggregation of popular bloggers. PJM is committed to journalism about the present, not speculation on the future; but in order to take action to prevent the Islamization of Europe, and to organize to prevent it politically, serious speculation and generation of possible scenarios are required.
– – – – – – – – –
This is yet another example of the development of a Second Generation of activists and analysts working against Islamization. The First Generation analysts continue to emphasize current reporting and creating an awareness of the immediate threat, which has a value on which all can agree, but which is no longer adequate.

A Second Generation of activists and analysts is now envisioning scenarios for possible futures, developing policy and legislative initiatives, and aggregating in political parties and community organizations. The new phase of resistance is not a rejection of the older efforts, nor a devaluation of them, and the continuing efforts to create a public awareness of the threat have lasting value.

However, more active resistance is bound to occur — including the organized generation of future scenarios required for planning — with or without the approval and participation of the valued First Generation who sounded the initial warnings about Islamization.

They are the respected “Paul Reveres” who kept watch and alerted the public; but wars are not won solely by watchmen. As Churchill said, “Let our advance worrying become advance thinking and planning.” 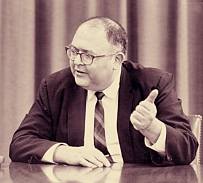 During the 1950s and 1960s Herman Kahn, one of the founders of the Hudson Institute, applied systems theory and game theory to “thinking about the unthinkable,” which at the time was the strategic importance of a second strike capability in a nuclear war with the Soviets — and the survivability of a nuclear war. Responses to his work were often highly negative.

Due to his willingness to articulate the most brutal possibilities, Kahn came to be regarded by some as a monster, although he was known as amiable in private. Unlike most strategists, Kahn was entirely willing to posit the form a post-nuclear world might assume… A willingness to tolerate such possibilities might be worth it, Kahn argued, in exchange for sparing the entire continent of Europe in the more massive nuclear exchange more likely to occur under the pre-MAD doctrine.

Interestingly, a number of pacifists, including A. J. Muste and Bertrand Russell, admired and praised Kahn’s work, because they felt it presented a strong case for full disarmament by suggesting that nuclear war was all but unavoidable. Others criticized Kahn vehemently, claiming that his postulating the notion of a winnable nuclear war made one more likely.

The latter criticism is similar to that applied by critics to GoV for considering the scenario of genocide as a possible outcome of the weakness of European governments in the face of a truculent and supremacist Islam.

Kahn helped develop the American discipline of wargaming and the developing of scenarios for contingency planning. See, for example, his many articles on developing future scenarios at the Hudson Institute, and perhaps most apropos, “In Defense of Thinking”, in which he wrote:

Seventy-five years ago white slavery was rampant in England. Each year thousands of young girls were forced into brothels and kept there against their will… One reason why this lasted as long as it did was that it could not be talked about openly in Victorian England; moral standards as to subjects of discussion made it difficult to arouse the community to necessary action…Victorian standards, besides perpetuating the white slave trade, intensified the damage to those involved. Social inhibitions which reinforce natural tendencies to avoid thinking about unpleasant subjects are hardly uncommon.

The psychological factors involved in ostrich-like behavior have parallels in communities and nations. Nevertheless, during the sixty years of the twentieth century many problems have come increasingly into the realm of acceptable public discussion.

If thinking about something bad will not improve it, it is often better not to think about it. Perhaps some evils can be avoided or reduced if people do not think or talk about them. But when our reluctance to consider danger brings danger nearer, repression has gone too far.

In 1960 I published a book that attempted to direct attention to the possibility of a thermonuclear war, to ways of reducing the likelihood of such a war, and to methods for coping with the consequences should war occur despite our efforts to avoid it. The book was greeted by a large range of responses — some of them sharply critical. Some of this criticism was substantive, touching on greater or smaller questions of strategy, policy, or research techniques. But much of the criticism was not concerned with the correctness or incorrectness of the views I expressed. It was concerned with whether any book should have been written on this subject at all. It is characteristic of our times that many intelligent and sincere people are willing to argue that it is immoral to think and even more immoral to write in detail about having to fight a thermonuclear war. [emphasis added]

There is a persistent tendency within polite society to think that merely discussing a horrific possibility makes it more likely to occur. This fallacy may be difficult to refute, but it’s also difficult to support — can anyone identify a chain of causation that leads from a discussion (without advocacy) to the awful events in question?

On the other hand, it’s easy to see that opening a previously closed topic might help prevent dreadful future events. When people who loathe the idea of such occurrences become aware of their likelihood, they begin to mobilize to prevent them.