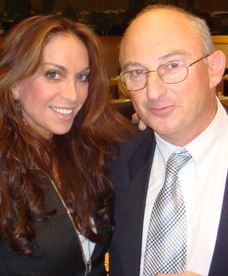 Atlas Shrugs posted an essay by Dr. Arieh Eldad, who is currently in the Knesset and is planning to run for Israel’s Prime Minister. I will copy a snip of his writing about “The Moslem Republic of Kosovo” and link to the complete article.

First, however, I want to say how impressed everyone was who met Dr. Eldad at the Brussels Conference last October. As you can see from the essay, he is someone to be rooting for:

“The Kosovo Precedent”
by Arieh Eldad

The Moslem Republic of Kosovo declared its independence this week. The United States and several European countries have already recognized it. News reports that the Israeli Foreign Ministry was urging swift Israeli recognition were denied, and reporters were told that Israel does not want to be the first to jump, but once the list of countries recognizing Kosovo is longer, Israel will be one of them.

If Israel does recognize Kosovo, this will certainly be the result of a decision made by the prime minister and foreign minister. Such a decision will be indubitable proof of the foolishness and malignant shortsightedness from which they suffer. If their willingness to establish an Arab terrorist state in the heart of our own country can be explained by their having internalized the Peace Now ideology concerning what they call the “occupation” and the demographic problem – there can be no such explanation for Israel’s giving support to Islamic imperialism in
Europe.

It’s hard to believe that Israel would consider recognition of a country that is inimical to its own existence as a state. Are we that far gone?

The fear of the spread of Islam is expressed today in increasing support for conservative parties in Denmark, Holland, Belgium, Switzerland, and Germany. These are not extreme right or neo-Nazi parties but rather mainstream conservative parties. They view Israel as a frontline fortress of Western culture facing jihad, and they fear that this fortress may fall under Arab pressure and because of the weakness of Israel’s leaders…

Islamic proliferation in Europe took in a new country this week. The Moslem minority in Serbia in the Kosovo region bordering the Islamic state of Albania declared its independence. Serbia is a sovereign country, a member of the United Nations, with an ethnic minority. Based on the standards being used for Kosovian independence, the Basques should now be able to set up an independent state in Spain. Such states may also be established in Russia, Slovakia, Greece, and Cyprus. The flag of Kosovo is that of Islamic proliferation and a source of serious anxiety to Europe. Those European countries recognizing Kosovo are doing so under economic pressure from oil-rich Arab countries, the markets of Islamic countries, and internal pressure by millions of Moslem voters in Europe.

Well, that’s their “excuse.” What is America’s so-called reasoning in its support for a new Muslim state, one that threatens and abuses Serbians already?

…Only someone who doesn’t understand what the Moslems in Europe want can think that the establishment of an independent Kosovo will resolve the conflict in the Balkans. If Israel joins in recognizing Kosovo, there will be no political, legal, or moral claim it can make to oppose establishing an Arab state in the Galilee and Northern Negev. For what is the difference? An ethnic minority with territorial contiguity to neighboring enemy states demands, following a bloody war, to tear pieces from a sovereign country, and proclaim its independence.

I have heard commentators explaining that neither we nor Europe should fear Kosovo because the Kosovians are “moderate Moslems.” It was from these moderate Moslems that Haj Amin el-Husseini gathered tens of thousands of volunteers for the 13th SS Division (“Handschar”) and 21st SS Division (“Skanderbeg”). On them he built his dream of marching with Hitler’s armies into Palestine and destroying the Jews of Eretz Israel.

Kosovo’s independence bodes well for no one except those who are dedicated to the spread of the Ummah and the eradication of Western life, history and culture.

I hope Israelis have the wisdom to vote for Dr. Eldad. It has been too long without principled leadership.

The whole essay is here.

16 thoughts on “The Ramifications of Supporting Kosovo Independence”