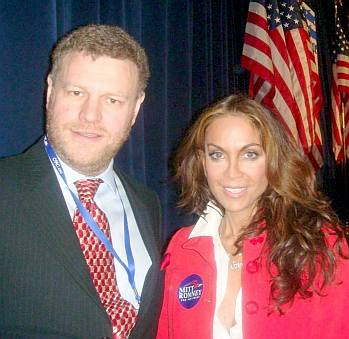 Ms. Geller leaped three tall buildings and stopped a speeding train to get to this event, where she served as the introductory speaker to Mark Steyn and left him with this limerick:

There once was a kafir named Steyn
Muslims said wrote an offending line
’Twas an imam he quoted
Now he’s being swiftboated
But his battle is yours and its mine.

[No doubt the kids had Cheerios for dinner and kvetched, but their hearts weren’t in it — they knew Mamma would be bringing home a whole cape full of hors d’oeuvres from the CPAC party. It’s harder and harder to get that outfit on these days: telephone booths are scarcer all the time.]

Atlas also live-blogged John Bolton and he had this bit of good news:

“Not a position the conservatives should take especially at a time when our country is at war. WORSE IS NOT BETTER.”

Bolton thinks McCain took a stronger position yesterday regarding Iran were than Bush.

NB: I’d vote for anyone who had John Bolton in his cabinet. I say “his” because Bolton would give Hillary apoplexy within ten minutes.

[that’s all – go on over to Atlas see the rest]