The stories about the muttaween continue to intrude their cruel dogma into real life in Saudi Arabia. Remember the ban on Saint Valentine’s Day, or the poor woman who was arrested for having coffee in Starbucks with an office colleague while they waited for the electricity to be repaired at a planned conference? How about the odious and tragic story of the young girls beaten back into their burning school because they didn’t have headscarves on? Not even their parents could save them.

The latest stupidity would be funny if it weren’t so dangerous for those arrested: 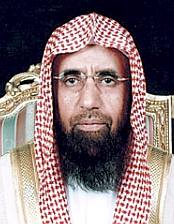 Saudi Arabia began interrogating 57 men Saturday who were arrested after allegedly flirting with women in front of a shopping mall in the holy city of Mecca, a local newspaper reported.

The country’s religious police arrested the men Thursday night, alleging behavior that included dancing to pop music blaring from their cars and wearing improper clothing, according to the Okaz newspaper, which is deemed close to the government.

The Commission for the Promotion of Virtue and the Prevention of Vice runs the religious police, who are charged with enforcing Saudi Arabia’s strict Islamic lifestyle.

Its members patrol public places to make sure women are covered and not wearing make up, the sexes don’t mingle, shops close five times a day for Muslim prayers and men go to the mosque and worship.

The police – informally known as the muttawa, literally “enforcer” – don’t wear uniforms. But they are recognizable by their long beards and their robes, shorter than the ones normally worn by Saudi men. They also shun the black cord that sits atop the headdress worn by most Saudi men.

…the men who were arrested Thursday could be released if they could prove they did not flirt with any women. Otherwise, they will be transferred to court and stand trial…

How in God’s name does one disprove such a nebulous charge as “flirting”? And just how powerful are the Religious Police?

The International Herald Tribune carried some details from the commission’s Al-Hisba newsletter report. These goons are officially known as the Commission for the Promotion of Virtue and the Prevention of Vice. Here’s the breakdown:

Saudis claim to support the Enforcers but at the same time, they complain that these bullies use their power to interfere arbitrarily in people’s lives.

As Rick Moran says in The American Thinker:

The incongruity of this nation sitting on half the world’s oil reserves grows more grotesque by the day.

The description of what the young men were doing is so common in the west that it shocks us and makes us pause to think of how it would be living in a society like that.

P.J. O’Rourke once wrote that Saudi society was set up by men with teenage daughters. Not allowing boys to see a girl’s face, dressing them head to toe in a canvas sack, and being able to execute them if they violated the rules was a teen daughter’s father’s dream come true.

Perhaps there’s more to that theory than just a joke…

It’s been well over a year since the blog, The Religious Policeman, became inactive. It was run by a Saudi living in the UK. He dedicated it to those girls who were beaten back into the flames for the sake of propriety.

For those of us who used to read him on a regular basis, The R.P. was a breath of fresh air. In his last post, there was this prophesy:

The blog will remain here for as long as Blogger does. Maybe, millennia from now, extraterrestrial digital archeologists will chance upon it, and wonder about this “Kingdom of Saudi Arabia” where half the people wore black and half the people wore white. An earnest Zargian Ph.D. student will expound in his thesis the theory that the land was so inhospitable, only chess pieces could live there. The rules of the game involved moving around a black rock in ever-decreasing circles. He will speculate as to whether, had the rock been in the Southern hemisphere, they would have circulated in the opposite direction.

Meanwhile we can wonder at the fate of the 57 men. Obviously, the “flirting” behavior had been going on for a long time because this was a coordinated raid in a number of different places. The authorities just let it go on until they had enough victims for a huge round up and headline…just a reminder to everyone that none can escape the long, strong, capricious arm of the Enforcer.

My guess? There will be a few sacrificial victims. The men who belong to families that are more powerful will get off, but there will be a show trial for others, ending in beheading.

What a grotesquerie Saudi Muslims are.