AMDG sent us this “agit-prop in solidarity with Lionheart”, an image prepared by Madrugador: 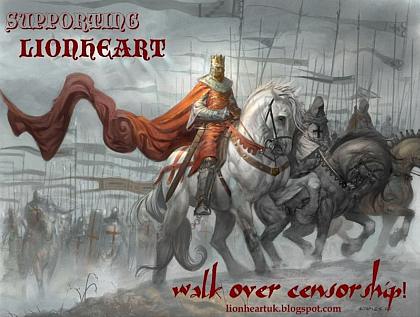 Go over to the 1212 blog for larger high-resolution versions of this image. 1212 is in Spanish, so I can’t tell you much about it — except that it’s in solidarity with Lionheart.

With the version in Greek, we now have the text in seventeen languages. The full list is below the jump. See my post from two days ago for all the translations.
– – – – – – – – –
“The Sword of Truth” excerpt is now in:

19 thoughts on “Walk Over Censorship”