Our Swedish correspondent Carpenter has translated a fascinating article from a Swedish magazine. Here’s his introduction:

I decided to translate an article by ethnology professor Karl-Olov Arnstberg of the University of Stockholm from the 7th issue of Axess — a Swedish magazine and TV channel — even though it’s two months old. The headline is “The Moral Championship”, and it’s about Sweden’s industry of solidarity, the moral elites, and the fact that there is no real debate about our completely insane immigration policies, only various arguments for its maintenance.

There’s no internet version of the article. But it is published in full over at the Swedish blog Robsten.

Why have I translated this? It’s perhaps the most unusual article of 2007 in Sweden, and therefore deserves an English translation. But it also shows that there are very lonely voices of political incorrectness, even in Sweden. And Arnstberg is one of them.

To the new elite, it is more important to demonstrate its superior morals than to apply responsible economic policies. Critics of existing immigration policies are automatically labelled as prejudiced and racist.

During three months in 1992 buses shuttled between Kosovo and Sweden. Tens of thousands of Kosovo-Albanians were taken in without any restriction. There was peace in Kosovo, so the reason wasn’t that they needed asylum. On the other hand, they needed economic maintenance. There was no political idea behind the reception. It was simply clumsy, particularly since Sweden at the time was going through the biggest economic crisis of the post-war period. The crown [Sweden’s currency] was, for those who remember, in total decay, and government debt increased explosively.

Åke Wedin, an associate professor of history, later wrote a letter to the then responsible Minister of Immigration, Birgit Friggebo, in which he asked a number of questions regarding the refugee policies during her time in charge. Among other things regarding these Kosovo-Albanians, to which she replied: “Thank heavens, I was in a government that didn’t let humanity follow the economic cycle. Economic cycles come and go, but humanity remains”

In other words: To Friggebo, it was more important to demonstrate that she belonged to the moral elite, than to apply responsible economic policies.

“The new elites, both the political and cultural, root their identity in series of metaphors related to openness, transnationalism, multiculturalism and globalisation. All of this is collected and made into a yet more confused notion of democracy. The new ‘democrats’ are elites, claiming to be democratic in every regard. In that way, democracy is no longer a description of a political process, but an attribute of individuals”

When it comes to immigration-related issues, the moral elite aims its criticism in two directions. When the representatives themselves are in the same boat, they criticize politicians and authorities for cruel, bureaucratic and insensitive handling of asylum-seekers.

The heaviest criticism, though, is aimed at the citizens who question applied immigration policies. They are only demonstrating their prejudices, and the loudest critics are labelled as racists. 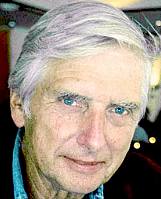 Norwegian social anthropologist and left-wing politician Ottar Brox, in a book released fifteen years ago, discussed how the moral elite of a nation functions when it comes to immigration. He presents the concept of “moral championship” and means that its foundations are the same as a sports event. It’s all about showing one’s moral qualities effectively as contrasted with other opinions. In a moral championship, the one who is most “good” wins.

Using Ottar Brox as the starting point, it’s possible to put together this sliding scale:

The finest are those who say the country must take its responsibility and help those most in need of help. Good people are altruistic. That means they are inaccessible to those who object. If we do not help other people in emergency, neither can we count on any help ourselves if we would be in trouble. The critics reveal themselves as short-sighted egotists. 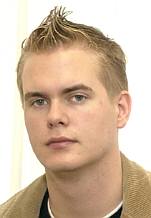 When the estimated expenses for Sweden’s immigration policies passed three billion kronor [roughly $450 million] Gustav Fridolin of the Green Party said, “If it appears that we need more money, we are willing to listen to the Integration Board.” Kalle Larsson of the Left Party said, “A decent reception of new arrivals during their first time in the country must be funded.”

Second finest are those who talk about cultural diversity. The country ought to be saved from gray homogeneity and boredom, in favor of a diversity of cultural expressions, courses of food, opinions, etc. The country with many immigrants becomes a funnier and nicer country than the country with few immigrants. Diversity is an added value. The reason that this motivation is not listed as being finer than the first is that the goodness has to be motivated. Here, too, it is possible to raise objections. When it comes to consumption, diversity is attractive, it’s true, but when it comes to identity, it doesn’t work that way. It’s unambiguous that we — and any people, for that matter — prefer people of our own kind. With a perspective of identity, diversity isn’t enrichment, but social disintegration.

The demographic argument comes as number three. The country needs immigrants since our own population is getting old. Who will take care of the elderly in the future, unless we take in new people? The promoters have here taken self-interest as their premise, yet based on the recipe that immigrants as well as original citizens will benefit from it.

Number four is the argument that led to Sweden taking in labor immigrants, particularly in the 1960s: that immigrants will take the jobs that citizens of the country consider themselves too fine to do. Without immigrants, the country will cease to function.

It could be wondered: Do countries like Norway and Sweden actually cease to function without immigrants? Will the elderly die from mistreatment? Is it true that nobody will clean workplaces, unless there are immigrants here? Will restaurant kitchens drown in undone dishes?

As Ottar Brix comments: “Of course, it isn’t necessary to have a Nobel Economic prize to realize this is nonsense”

For the representatives of the moral elite, it’s difficult to appear in debates with their opponents and win. After Mona Sahlin had “taken the debate” with Jimmie Åkesson of Sverigedemokraterna, leading politicians seemed to agree that the debate should be a one-off event.

The argument as presented was that any movements that are hostile to foreigners should not be given any space in the media. What they didn’t say as clearly was that parliamentary politicians can’t manage to give satisfying answers to simple but weighty questions.

For instance: Why has Sweden taken in so many more immigrants than other European countries, in relation to its own population? Why hasn’t the extent of immigration been determined in a referendum? To what extent do immigrants in so-called exposed suburbs live on welfare? How well is integration going?

13 thoughts on “The Moral Championship”