Our Czech correspondent Lugundum has written previously about immigration issues in the Czech Republic. His latest email concerns the wider issue of immigration throughout the continent of Europe and in the rest of the Western world, and what it portends for the countries affected by it:

Due to lack of time and the impossibility of reacting to readers’ comments, and from the need to address our situation in a more complex way, I have decided to write you this mail in which I have taken on the issue from different angle. I hope you will find it worthy to read and maybe to post on you website.

It seems that my mail on the situation in the Czech Republic instigated some discussions from which I learned how bad the situation is in Sweden, and since that time new interesting articles on the situation in Spain and France have been posted. I think this is an ideal opportunity to address another reason why our countries are suffering from an unprecedented level of immigration and consequent decay that kills our civilization. 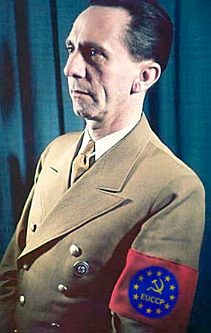 Whilst we all are aware of far-left and left ideologists in socialist and green parties throughout the continent, the role of “center-right” parties and business interests has remained unaddressed for too long.

Please note that the main center-right parties in all countries I have listed support mass immigration. The reason for that is very simple — their rich backers are calling for cheap foreign labor. This helps them not only to depress wages directly by employing cheaper immigrants, but also to put a pressure on native workers to accept lower salaries. Needless to say, whilst the gain from cheap labor remains in the hands of those unscrupulous entrepreneurs, the losses — and there are an awful lot of them — remain to be paid by taxpayers; that is, by us.

Please consider this short and incomplete list of direct economic consequences of mass immigration for which we have to pay:

So we have a list of problems, which are “discussed” by our politicians and in our newspapers but without hinting about the true reason. However, what they do mention is the way they intend to cure those problems:

This is a spiral of death for our civilization. For the greed of a few profiteers many of us will suffer. This approach shifts us from economy of innovation and ingenuity to the economy of cheap labor oversupply. In this system everyone except the elites loses his dignity and freedoms due to the loss of economic safety.

Everyone could be easily replaced by an IT specialist from India or a physician from Africa now. Oversupply of cheap labor makes science, innovation and ingenuity redundant. It is like Czarist Russia in the 19th century with its “muzhiks” working in agriculture, manufacturing, and mines for literally a few potatoes and a flask of vodka. Therefore there was no need to invest in machinery and development like in countries with relatively expensive labor force (Germany and the UK). This is the reason Russia lost in WWI.

But the elites make nice profits — no wonder that the richest man on the planet is Carlos Slim from Third World Mexico.

In such a world all human rights are relative and not worth the paper they are printed on. You can be prosecuted and abused for criticism directed at the unsavory aspects of any immigrant/religious group which is imported into your country. Criminality is rampant and the welfare system is collapsing. Cruel cults and obnoxious ideologies are gaining ground whilst your own culture faces persecution and extinction as it poses a danger to elites of our “New World Order”.

Would you like to live in such a country?

But fortunately we (still) have an alternative. We could still choose the type of society where the work is valued, skilled workers are respected, and ingenuity together with innovation supported. Increased productivity and longevity will compensate for lower fertility.

This approach works well, and Japan is a fine example. It has an older population and fewer children than European countries, with almost nonexistent immigration. So according to the pro-immigration lobby Japan economy should have collapsed a long time ago. Instead their social system is working and health care is fine. Prophecies of Japan’s doom must be moved farther into the future each year.

I hope I debunked those half-truths and common myths espoused by our contemporary elites and which together constitute the ‘Big Lie’ of our time: that we need mass immigration.

I genuinely believe that without addressing and defeating this ‘Big Lie’ we won’t be able to save our civilization from violent Islam or other downfalls.

44 thoughts on “Defeating the Big Lie”