I’ve done a couple of recent posts about the Czech Republic which touched on the issue of immigration. In the comments to the latest of these, Marian CZ left some comprehensive and useful information about recent immigration into Czechia. Here’s an adapted version: 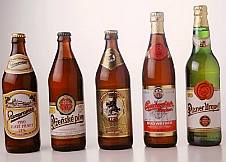 Immigration into the Czech Republic is almost exclusively non-Muslim. Most of the immigrants are Slovaks (about half of that number), Ukrainians, Russians, then Bulgarians (all Slavic nations), then Vietnamese.

Immigrant Slovaks are usually highly-skilled young people, especially medical doctors and engineers. They assimilate to Czech society extremely quickly, within a few years; the closeness of the languages and the cultures helps a lot. Slovak migration to Czechia has been almost continuous for the last 90 years and it never had any significant negative impacts. To compare it, it is no more bothersome than Scottish immigration to England or, hypothetically, Canadian to Maine, USA.

Russians and Ukrainians first settled in the country immediately after the Bolshevik revolution and the ensuing Civil War in Russia (1917-1922). Almost the whole Russian nobility and intelligentsia had to flee from the Bolshevik rule, and a lot of them settled in Prague. Prague is the most Western big Slavic city, not only geographically, but also culturally: for at least a century, it has been a magnet for Slavic immigration from almost anywhere else.

In the last 15 years, three basic types of Russian and Ukrainian immigrants have come to the country: either low-paid menial job workers (who usually leave after some time), or highly skilled scientists (especially physicists; maybe a quarter of Prague’s physicists are from the former USSR), and, third, very rich people who wanted to move their families out of the post-USSR chaos, or, later, from Putin’s grasp, to some secure country. The first group does not stay; the second assimilates very easily and quickly; the third is too small to change the cultural balance.

The Vietnamese immigrants are silent and extremely hardworking people, who usually own small businesses (groceries etc.). They do not have any inclination towards violent crime, though they perpetrate a lot of white-collar crimes like tax evasion. Their attitude towards hard work is archetypal, and it causes some consternation among the Czech population, which is usually more laid back about work. The second-generation Vietnamese usually speak perfect Czech and study very hard. I think that within 15 years Czechia will have a significant growth of Vietnamese doctors, scientists and engineers.

Welfare payments are modest by EU standards, and so only people who wish to work here immigrate to Czechia. The assimilation process is very fast, since immigrants are mostly Slavic (thus the language is familiar to them), and they have to speak Czech in their jobs (Czechs are notoriously bad in speaking foreign languages). Overall, I can say that immigration has been a success in Czechia, similar to the success in the USA.

For myself, not a single one of my four grandparents was a Czech, but I cannot even speak their languages and I am as much a Czech as you can get, except that I do not engage in any sort of binge-drinking.

Workers’ immigration to Czechia has been in process at least since the 1820’s, when the Czech lands industrialized rapidly. It brought an enormous influx of people from the rest of the monarchy: Germans, Slovaks, Poles, Jews, Hungarians, Croatians… The Jews were massacred by Nazis in WWII, the Germans were kicked out after the war, and the rest of the nationalities assimilated to the point that only their surnames point out a foreign origin. This even concerns a Greek immigration wave in the 1950s.

So far, I can say, this kind of immigration does not cause problems in Prague, which is by far the biggest recipient of the population transfer: the Czech beer culture will very quickly transform people into, if not Czechs, at least half-ones.

The biggest ethnic problems in Czechia, on the other hand, are not with recent immigrants, but with the Gypsies (Roma), who have been present in the Central European region for at least 500 years, but their primitive tribal culture produces high criminality and an almost total alienation from the mainstream population.

33 thoughts on “An Overview of Immigration into the Czech Republic”