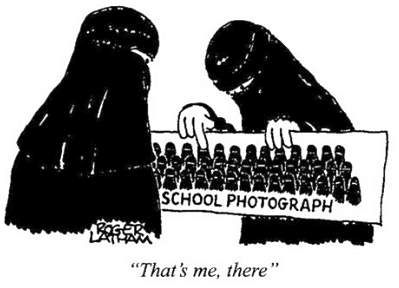 As someone who takes Vitamin D3, especially in the winter, I was intrigued to find this information about the incidence of pediatric rickets in various sections of the UK:

Experts said vitamin D, which is unique in being produced primarily by exposure to sunlight, was a relatively common deficiency among Asian immigrants, because of their darker skin, and Islam’s requirements for clothing to cover limbs.

Until about 10 years ago, Government policy required that all health authorities gave out vitamin supplements to people from the Indian subcontinent, but then it was decided that it was no longer necessary.

Dr Ellis Friedman, director of public health for East Lancashire PCT, said: “It is caused by a combination of skin colouration, diet and dress, not poverty. We don’t, for example, find rickets in deprived white communities.”

I did a little research on the problem and found some interesting data.

For one thing, rickets is derived from wricken:

The term rickets is said to have derived from the ancient English word wricken, which means “to bend.” In several European countries, rickets is also called English disease, a term that appears to stem from the fact that at the turn of the 19th century, rickets was endemic in larger British cities.

No doubt it was endemic in the UK since children worked in factories twelve hours a day and any sunlight getting through the coalsmoke atmosphere was miniscule.

In America, black children were more likely to have rickets, since it takes six times the sunlight for someone with dark skin to absorb enough of the sun’s rays to allow the body to produce vitamin D. Breastfed by mothers who were low in vitamin D themselves, they had little access to vitamin D-rich foods.

With the passage of child labor laws, and children outside more, the incidence of rickets began to wane and then largely disappear in Europe. However, it is now on the uptick again, this time for Muslim women and their children.
– – – – – – – – –
Health facilities in the Netherlands, France, Algeria, Australia and Turkey all report a rise in rickets in the pediatric population.

…a new high-risk group for vitamin D deficiency in multicultural Australia. Grover and Morley report that 80% of dark-skinned or veiled women attending an antenatal clinic at the Royal Women’s Hospital in Melbourne who took part in the study had biochemical evidence of vitamin D deficiency, with values of 25-hydroxyvitamin D3, the major blood metabolite, below the reference range… In just over four and a half years, 55 children had presented with clinical features of rickets, including delayed walking, leg bowing, seizures and failure to thrive. Of those tested for parathyroid hormone levels, over 80% had secondary hyperparathyroidism. At the time of each child’s presentation, none of the mothers had volunteered symptoms of vitamin D deficiency in themselves, but over half had 25-hydroxyvitamin D3 concentrations measured, and 81% of these had values below the reference range (All except one of the mothers of the children presenting with rickets were from Africa, the Indian subcontinent, the Middle East or southern Europe. The one mother of northern European descent was agoraphobic and depressed. [my emphasis -D]

And surprise: Fjordman was reporting on this back in 2003, regarding the British incidence of rickets. However, there are reports of rickets in Norwegian immigrants also.

You can never tell what rocks Google will overturn when you start searching.

In a Dutch article (registration required) reporting on rickets in adults, Muslim women in the Netherlands wearing a chador were shown to be at high risk for developing vitamin D deficiency, resulting in osteomalacia. The deficiency resulted from underexposure to sunlight. If these women breastfeed their infants, the children also are at high risk of developing vitamin D deficiency. This issue has also been addressed by other authors, from different countries (Wauters and van Soesbergen, 1999).

The disease has two factors: dark skin and insufficient sunlight. The darker your skin, the greater the need for sunlight in order for the body to produce sufficient vitamin D to avoid rickets or its more serious follow-up disorders if left untreated. As Western Resistance says:

… they later began to show typical signs of the condition commonly called rickets — bowed legs, caused by tiny “greenstick” fractures in the bone. This condition is caused by softening of the bone, a condition called osteomalacia. Once the child became an adult, the deformities and short stature were visibly apparent. But along the way, other side-effects could occur, such as seizures. These seizures (hypocalcemic seizures, brought on by an increase of parathyroid hormonal byproducts in the body) are common ways of detecting rickets in very young children, under nine months. They are less common in older children.

In severe cases, the distortions on bone in the pelvis caused women to be unable to deliver children, usually with fatal results.

In other words, no matter where you live, if you wear a chador all the time, chances are you’re deficient in vitamin D. There is a simple solution — aside from uncovering your arms, which is a good way to get killed — and that is to buy a sunbox and a bottle of vitamin D capsules.

And make sure you give them to your children.

14 thoughts on “Burqas Are Bad for Your Health”