A couple of weeks ago a British reader who calls himself Seneca III asked us to post “A Letter to my People”. Today he has sent this follow-up.

A personal note: I was in Britain on Tuesday, the day the news story he refers to came out, and I read the story in the print version of The Times. It’s not an isolated event: almost every day the papers report similar atrocities of “justice” coming out of Britain’s judicial system.

Another Letter To My People 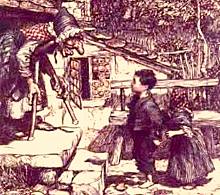 Peter Voisey, 35, was convicted…of the abduction and rape of a six year old girl whom he had snatched from the bath at her home in Willington Quay on Tyneside.

He then drove around the area and repeatedly sexually abused her. She was later dumped naked and screaming in an alleyway.

Voisey was jailed for life last December and told that he must serve a minimum of ten years before being considered for release.

He was already on the sex offenders register having been convicted of an earlier assault on a child. [My italics]

Surely we should ask ourselves, “Why is this thing actually still alive, and why may he be free to re-offend, again, in as little as ten years time; are we suffering from some form of reality dysfunction?”

I submit that when any culture has reached such a moral nadir that it permits the serial predation of its children, it is unlikely to be willing or able to prevent itself becoming prey. Simply put, it is looking over the precipice of extinction.

I further submit that this grotesque parody of an ethos, this righteous self-delusion in the name of postmodernity, has not come about by accident. It is the result of a sustained, considered campaign of reverse social engineering perpetrated by a coalition of determined ideological aggressors. Their name is ‘The Deconstructionists’, and their Movement is ‘Deconstructionism’.

Postmodernity is a word derived from the neologism Postmodern, and is applied to the non-artistic, predominantly political aspects of that nihilist philosophy. Its bastard child is Deconstructionism, the function of which is to destabilise the existing State by slowly eroding and eventually curetting its core concepts. It can destroy a civilisation within a very short period of time.

This is how it works:

Deconstructionism attacks the socio-economic matrix of a Nation State in a variety of subtle ways. It does not use frontal attacks where banners are raised and bugles sound, but inflicts a prolonged series of small, deep incisions that are carefully camouflaged and artfully inflicted in order to wound below the recipient’s perceptual horizon. Death by a thousand cuts.

The Deconstructionists first penetrated the protective outer fabric of our society through a myriad of seemingly insignificant little wormholes. They engineered localised paradigm shifts in established wisdom by appealing to the reflexive liberal angst with which our chattering classes are infected.

Then through these holes our victim culture was drip-fed a hallucinogenic broth of disinformation. This, together with the constant pornogrification of our history and our way of life, brought about a state of collective cognitive dissonance where every outrageous oxymoron and category error was and is absorbed without being subjected to rational analysis. We became morally obese, the fatted calf.
– – – – – – – – –
By effecting this sedition through innocuous pinpricks over a period of decades the Deconstructionists induced a terminal osteoporosis of that conceptual skeleton to which the sinews of a strong, functional society must be anchored. Thus it is inevitable that our weakened condition will only become fully apparent when something breaks, and by then both the will and the means to resist will have been sapped, and the complacent masses will find themselves unarmed and unorganised, naked in the face of the Jihadi or whatever other draconian ideology confronts them.

It is also worth noting that whilst the strategy of Deconstruction is (internationally) unitary its tactical mechanisms are legion, and although whilst in these letters I speak specifically of Britain, parallels sustain throughout the Western world. Hence those of you reading the following demonology from beyond these shores may well need to adapt it according to your particular circumstance…

…J’Accuse! The pseudo-science of Sociology; acquisitive Reparationists; the retro-Darwinists of the ‘Health & Safety’ industry; revisionist Race Warriors; Quangonistas1; the “Ban Everything That I Don’t Like” Brigade; Thought Police; most of the Media, particularly that ‘Voice of Islamomarxism’, the BBC; Class Warriors and, ad infinitum, vote-hungry ‘Politicals’ of every persuasion.

With their heads deep in the public trough (when they can find space alongside the Gadarene swine of the Legal Profession, that is) they cannot see that they are but Drones on a mating flight that they will not survive irrespective of the structure of the society that this turbulent conflict will give birth to.

Tacitus said: “The more corrupt the state, the more laws.” and in the Mother of Parliaments this truism is being demonstrated for all to see. There we see also the Deconstructionist Movement gathering momentum and confidence as it approaches its apogee in the shape of that already decaying construct known as the European Union. (How Orwell would have loved it; Animal Farm and 1984 combined — obscurantism elevated to the status of an art form!)

By commission and by omission our political classes are polluting both the national psyche and the demographic. When the biomass of parasites and predators, and their appeasers, exceeds that of the net contributors the latter will become the victims of a system of governance that has no other recourse than to bleed them dry. It is under such a burden that the wealth of nations — fiscal, moral, and cultural — haemorrhages away, and chaos precedes the descent into tyranny.

In the final analysis, as many of the respondents to my original letter observed, stating the problem and crying out for a resolution is not a solution in itself. I agree, but all manifestations and ramifications of a threat have to be examined in order to identify the real enemy and determine the strengths and weaknesses of both his and ones own forces.

“Know your enemy” is a well-understood military adage and it is then, and only then, that the resources for a counterattack can be mustered, the points of application identified, and the enemy engaged.

That said, and The Baron and Dymphna permitting, in the course of two final letters I will presume to propose a strategy and the tactics that may bring about ‘Reconstruction’. Sadly, I say ‘may’ because the road ahead is long and rocky and because I suspect that, if we even exist at all, we ‘Reconstructionists’ remain a collection of disparate minorities despite our common purpose.

Never the less I am impelled to try — in this the winter of my years I look out across this once green and pleasant land and I am taken by a consummate anger.

7 thoughts on “Another Letter To My People”