H. Numan, our Dutch expatriate correspondent, has translated an article from AD NieuwsMedia, and follows it with his own commentary:

The National Coordinator for Terrorism Suppression (NCTB) Mr. Tjibbe Joustra fears the consequences of the strong anti-Muslim sentiments worded by some prominent Dutchmen in the debate about Muslims. 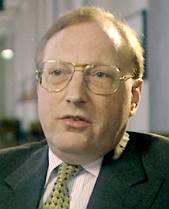 He refers to, amongst others, the words of Member of Parliament Mr. Geert Wilders. “If someone says such things, I look at it with mixed feelings”, said Joustra in an interview with the Algemeen Dagblad newspaper. “Such radical statements can push individuals, who are already on the brink of becoming violent, right over the edge.”

Joustra has the same feelings about some words of Mr. Ehsan Jami, founder of a committee for ex-Muslims. “We have nearly a million Muslims living in The Netherlands, but the vast majority by far do not approve of any form of violence. The group of extremists we worry about consists of just a few hundred individuals. If you listen to the debates recently, it seems people do not see that perspective.”

Joustra stresses that freedom of speech is the highest good in a democracy. “Anyone can say what he wants, but that doesn’t want to say one has to say it. You have to think clearly before opening your mouth.”

Geert Wilders considers Mr. Joustra’s assertions ‘inappropriate’. He said he was democratically elected into parliament. “Thus, it is rather inappropriate for a civil servant to state that my words push extremists over the edge” according to Wilders.

Earlier, during this past spring, an NTCB employee asked Wilders to tone down his statements. A recent opinion poll from Maurice de Hond shows that 6 out of 10 Dutchmen find that Wilders unnecessary antagonizes. Research from the NTCB shows that fear of terrorist attacks in The Netherlands decreased significantly: from 29% last year to 12% now.

Go back a bit in time. Say, almost seventy years. The year is 1938. Germany is gearing towards war. Austria has been annexed, Czechoslovakia is under threat, so are Poland and basically every nation bordering Germany. In Holland there is a quite strong pro-German political party exists, called the NSB (Nationaal Socialistische Beweging); who later will become the Dutch Quislings.

Imagine now the Head of Homeland Security stating in public that the NSB is actually a peace-loving movement, consisting of mainly law-abiding citizens. Nothing to fear at all, just don’t provoke them to do anything nasty. They might, after all, get violent.

In 1937, this chap would get away with his nonsense. Those were the days of Chamberlain with ‘peace in our time’. In early 1938, he would in all likelihood have been asked, politely, to resign for health reasons. Later that year, he would have been sacked on the spot. Should he have uttered his words by the end of 1939, arrested.

I actually know this Mr. Tjibbe Joustra personally. He worked for some time as one of the top officers in the Ministry of Agriculture. In those days (almost twenty years ago) he was by far the most unpopular man in the ministry. A mistake (expect his own) could only be atoned for in blood. For the most trifling mistake he demanded and (sometimes got) a platter with someone’s head on it. An (over)ambitious career man so nasty and self-centered that I still remember him after all those years. As a normally cheerful person who doesn’t hold a grudge, and rather forgets these unpleasant characters, that’s saying something. Luckily, I never suffered his ire personally.

I actually wonder how an agriculturalist can be appointed Head of Anti-Terrorism Intelligence, and even more one who is as cowardly as Mr. Tjibbe Joustra.