Xenophobia rears its ugly head in Switzerland, too.

That’s according to the news accounts describing the latest initiative by the Swiss People’s Party to deport violent immigrants. Here’s what the AP says:

The campaign poster was blatant in its xenophobic symbolism: Three white sheep kicking out a black sheep over a caption that read “for more security.” The message was not from a fringe force in Switzerland’s political scene but from its largest party.

The nationalist Swiss People’s Party is proposing a deportation policy that anti-racism campaigners say evokes Nazi-era practices. Under the plan, entire families would be expelled if their children are convicted of a violent crime, drug offenses or benefits fraud.

The party is trying to collect the 100,000 signatures needed to force a referendum on the issue. If approved in a referendum, the law would be the only one of its kind in Europe.

“We believe that parents are responsible for bringing up their children. If they can’t do it properly, they will have to bear the consequences,” Ueli Maurer, president of the People’s Party, told The Associated Press.

If you allow something like this, who knows where it might lead? The next thing you know, people will be going to church, carrying firearms, and voting to lower their taxes. The horror!

Oh, and also — these people are just like the Nazis:

Ronnie Bernheim of the Swiss Foundation against Racism and Anti-Semitism said the proposal was similar to the Nazi practice of “Sippenhaft” — or kin liability — whereby relatives of criminals were held responsible for his or her crimes and punished equally.

Switzerland is less Islamized than the rest of Europe, but its immigrants are still causing problems:
– – – – – – – – –

The party claims foreigners — who make up about 20 percent of the population — are four times more likely to commit crimes than Swiss nationals.

Bernheim said the vast majority of Switzerland’s immigrants are law-abiding and warned against generalizations.

“If you don’t treat a complicated issue with the necessary nuance and care, then you won’t do it justice,” he said.

It’s a complicated issue and we can’t make generalizations; therefore we must do nothing.

And then there’s all that abhorrent atavistic nationalism boiling to the surface:

“This way of thinking shows an obvious blood-and-soil mentality,” read one editorial in the Zurich daily Tages-Anzeiger, calling for a broader public reaction against the campaign.

So far, however, there has been little popular backlash against the posters.

“We haven’t had any complaints,” said Maurer.

But observers say the People’s Party’s hardline stance on immigration could help it in the Oct. 21 national elections. In 2004, the party successfully campaigned for tighter immigration laws using the image of black hands reaching into a pot filled with Swiss passports.

“It’s certainly no coincidence that the People’s Party launched this initiative before the elections,” said Oliver Geden, a political scientist at the Berlin Institute for International and Security Affairs.

He said provocative campaigns such as this had worked well for the party in the past.

The same thing has been happening recently in the Netherlands. Geert Wilders’ party, campaigning on an explicitly nationalistic and anti-immigration platform, was vilified, excoriated, and anathematized in the entire Dutch mainstream press. The bien-pensants ran shrieking in horror from the wild-eyed far right Nazi zealots, yet Wilders’ party scored a resounding victory in the elections.

The party also has put forward a proposal to ban the building of minaret towers alongside mosques. And one of its leading figures, Justice Minister Christoph Blocher, said he wants to soften anti-racism laws because they prevent freedom of speech.

In a related story, a Swiss Roman Catholic bishop says that the minarets on mosques should not be the issue, but rather what is being fomented inside the mosques. Swissinfo has the interview: 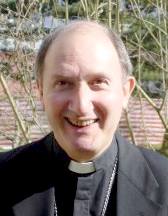 Pierre Bürcher, assistant bishop of Lausanne, Geneva and Fribourg, tells swissinfo it is what goes on inside mosques rather than the construction of minarets that poses a greater threat to peace.

His comments came after a group of rightwing politicians launched a nationwide campaign to ban the construction of minarets.

Bürcher is president of the Swiss Bishops Conference’s working group on Islam, which was set up in 2001. He says meetings with Muslims both at home and abroad – the body has visited Iran and Syria – have led to improved relations and better understanding between both religious communities.

But he warns that the road towards a truly peaceful co-existence remains long and rocky.

We are not perfect and neither are our societies.

Human beings are fallen creatures, and we will not attain perfection in this world.

But Multiculturalism — like its ugly stepmother, Marxism — believes that an earthly paradise is attainable, a realm of perfection in which the lamb will lie down with the black sheep, a beautiful place where there’s no heaven or hell — and no religion, too. With the perfect world to live in, who needs heaven?

To attain such a glorious ideal, it may be necessary to make some sacrifices. The death and suffering are unfortunate and regrettable, but they’re in a worthy cause.

Welcome to the omelette, eggs!

Hat tips: For the deportation story, Lastango; for the Bishop Bürcher interview, insubria.