One of the many useful and important things the UN does with the dues money paid by its member states is to fund, maintain, and encourage the Committee on the Exercise of the Inalienable Rights of the Palestinian People.

The committee is, naturally, just as balanced about Israel as is any other organ of the UN. That is, it lays the blame for all the trouble in the Middle East on the scourge of Zionism.

With the presence of such champions of human rights as Cuba, Pakistan, and Belarus, I am reassured about the nature of the committee.

CEIRPP sponsors an annual “International Day of Solidarity with the Palestinian People”. It supports “the right of Palestinians to return to their homes and property, from which they had been displaced and uprooted.” That is, it supports the right of anyone who ever lived in what is now Israel, plus their children, grandchildren, and great- grandchildren to move to Israel. Supporting the “right of return” is a way to sanction the destruction of Israel without ever coming out and saying it.

But that’s just business as usual at the UN. Ho-hum. We’re used to it.

So it’s no surprise that Israel is vehemently opposed to a conference organized by Committee on the Exercise of the Inalienable Rights of the Palestinian People, to be held at European Parliament at the end of this month. However, it’s refreshing to see that Polish members of the European Parliament are protesting the conference by boycotting it.

The topic of the conference is “Human rights violations by Israel military”. However there are scheduled working groups on “how to increase the resistance against Israel military”. The Israeli Foreign Office has submitted the protest against the conference. President of Knesset Dalia Itzik, sent a letter to the President of EP, Hans-Gert Poettering. There is no official answer yet.

In the meantime the group of Polish MEPs deriving from all main political parties declared to boycott the conference and help to call off the event.

Bronislaw Geremek (ALDE): “I will not take part in this conference. I saw the materials prepared by the organizers. Although there is no official statement that Israel must be pushed down to the sea there, the choice of subjects and the attitude towards the problems shows that it will be biased, conflict generating conference. Actually we can call it anti-Israeli.”

Bronislaw Sonik (EPP-ED): “There is not the first such initiative. Pro-Palestinian lobby is very active here. If in fact, the conference will become propagandist, Israelis can count on Poles.”

Konrad Szymanski (UEN): “Israel’s Objections are fully justified. UN Committee on the Exercise of the Inalienable Rights of the Palestinian People is a platform for activity of various extremists. According to the most of them Israel should disappear. I am astonished that European Parliament allowed such activity to be placed in its building. If there is any activity against the conference i.e. petition signed by MEPs, I will be very glad to support it.”

Also Ryszard Czarnecki said, that this conference could only fuel the conflict, and won’t help to resolve it. He would also be glad to stop this useless and dangerous initiative. Ryszard Czarnecki is member of European Friends of Israel — what was very little known in Poland before.

Let’s hear it for the Poles! 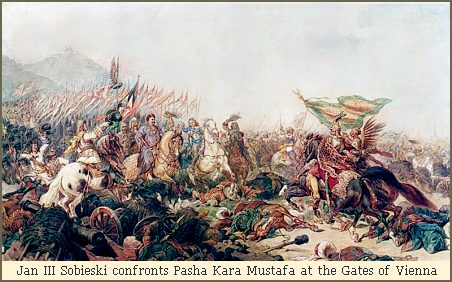