Regular readers are familiar with Phanarath, our stalwart Viking translator and commenter from Århus. Fjordman’s recent posts have inspired him, and he sent his thoughts along to us. His essay is posted below.

What are we as human beings ?

We can only ponder and try to get the most from our situation here on Earth. There is a spiritual reality beyond this existence that we cannot fully comprehend as long as we are in these forms that we are in now.

So what can we do?

We can try to be good. We can try to let ourselves grow to include our families, our friends and our fellow human beings.

When I was a child I read something in school that impressed me. It was the philosophy of an Indian — as in Native American — tribe. It said that we as humans start out with an understanding of our selfish needs. Later in life this understanding can grow and we can understand the needs of and feel a oneness with our family, and, as our empathy continues to grow, our tribe, mankind, all life, mother earth, the universe and all existence.

I learned not to be arrogant about my own culture, and I learned it well. For many years I believed everything from other cultures was automatically better then what my own could provide. I lost many important moments with my grandfather, arguing silly things that he didn’t have patience for, nor could he understand how I got them into my head.

I enjoy reading Fjordman’s articles, and how he speculates about how political correctness and Multiculturalism might be connected to or descended from Communism.

But I don’t think that there is a connection, other than the rejection of the self.

It’s like having a monkey running amok in our garden with an axe. If you break the axe and the monkey picks up a saw, it doesn’t mean that the saw is somehow a descendant of the axe. It just means that the monkey will do anything to create more destruction. 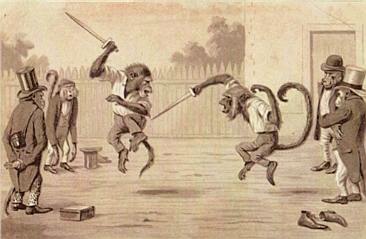 The monkey here is the rejection of the self. When the self is rejected, there cannot be empathy for others. Instead of letting the self grow naturally, it has been rejected as evil to begin with, and we are left with a hollow human being without the potential for growth.

It’s a Utopian idea: the selfless people of a dream about a perfect world. It must have somehow been inspired by an idea of very spiritually developed people, but when the primitive newborn self was declared evil, this was soon forgotten. And then all manifestations of the self were seen as evil. Love of self, love of family, love of one’s tribe or race, nationalism and so on.
– – – – – – – – – –
When I talk about “love of one’s race”, I don’t mean the ideological racism that claims that someone is more deserving of privileges then another for no other reason other than race. I mean our natural tendency to cheer for the football team of our hometown, to prefer our own kind, our nation, and in general what we see as our own people. But this would not be acceptable.

Only the fully developed self would be accepted.

But how was anyone to get to the fully developed self when all earlier forms of it were declared evil?

What is a man without a self? Is he a selfless being who only and greatly cares for others, like the Utopians dream he would be?

No. He has a careless hollow existence, only driven by vanity and perversion. There can be no understanding of others where there was never an understanding of self. When the world meets us with hatred for our very being, how can we respond with love?

We can respond with love because we are more that any of us can comprehend. But we might not be able to keep that up if we maintain a school of thought that degrades ourselves and our souls to be something lower then dirt.

16 thoughts on “The Monkey Runs Amok”