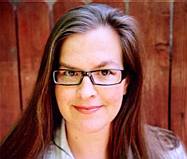 Today the Washington Times released the full report they promised on May 27th regarding the “dry run” Annie Jacobsen wrote about several years ago in both her columns and in her book, “Terror in the Skies”.

I waited until now to post on this because I wanted to see the full Homeland Security report which the Times obtained under the Freedom of Information Act. The first time they tried to get it, all but two lines had been blacked out. Now most of it is contained in a pdf suppied by the Times.

Long-time Gates readers will remember that Ms. Jacobsen was called a hysterical woman by a number of otherwise astute bloggers; authorities refused to follow up on her disturbing information and she was pretty much considered unreliable and paranoid — just to use two terms that were floating around at the time.

I wonder how many of these people are bothering to say “mea culpa” now that Ms. Jacobsen’s paranoia has proved to be reality?

A newly released inspector general report backs eyewitness accounts of suspicious behavior by 13 Middle Eastern men on a Northwest Airlines flight in 2004 and reveals several missteps by government officials, including failure to file an incident report until a month after the matter became public.

According to the Homeland Security report, the “suspicious passengers,” 12 Syrians and their Lebanese-born promoter, were traveling on Flight 327 from Detroit to Los Angeles on expired visas. U.S. Citizenship and Immigration Services extended the visas one week after the June 29, 2004, incident.

The report also says that a background check in the FBI’s National Crime Information Center database, which was performed June 18 as part of a visa-extension application, produced “positive hits” for past criminal records or suspicious behavior for eight of the 12 Syrians, who were traveling in the U.S. as a musical group.

In addition, the band’s promoter was listed in a separate FBI database on case investigations for acting suspiciously aboard a flight months earlier. He was detained a third time in September on a return trip to the U.S. from Istanbul, the details of which were redacted.

The report comes three years after the incident, which was not officially acknowledged until a month later, after The Washington Times reported passenger and marshal complaints that the incident resembled a dry run for a terrorist attack. After reviewing the report, air marshals say it confirms their earlier suspicions.

An air marshal who told The Times that he has been involved personally in terror probes that were ignored by federal security managers, called such behavior typical.

Read the second page of this news article here. It’s very detailed and shows well the extent to which federal bureaucrats were willing to dissemble and to put us at risk in a disgusting CYA business-as-usual.

Back in September, 2005, when I reviewed Ms. Jacobsen’s book, I titled it with a quote from one of the federal air marshals who was willing to talk to her. He called her from a pay phone to say that the whole business of federal air marshals and the aggravation you’re made to go through by the TSA when you fly is “all for show.” I wrote then:

According to Annie Jacobsen, we’d better do our homework on this one because there is no one watching out for us. Back in April, Gates of Vienna posted on Ms. Jacobsen’s tenacity and her willingness to follow this story wherever it led. That post, “Silence of the Sheep,” proved that the author is a sheepdog indeed. Her interviews with other passengers, with government agencies, with the House Judiciary Committee, with airline personnel, and with individual people who bear the day-to-day hazard of working in this field, have made her case. The tale of her experiences is documented well in “Terror in the Skies.”

That was then. And now? Well now we have, from the Department of Homeland Security, the recently freed document titled The Review of the Department’s Handling of Suspicious Passengers Aboard Northwest Flight 327 This time it has been released with far fewer blackouts, thanks to the diligence of the Washington Times. Now we actually get to read the admissions of their ineptitude…and by implication, how unsafe flying commercial aircraft remains. Somehow this is not a comfort.

See Hot Air for the video of hero Annie Jacobsen as she discusses her experience. And you can also view the vapors coming from the government representative.

Also read Jacobsen’s accounts in her series that ran in Women’s Wall Street. These columns formed the basis for her book. They bring back reminders of how reviled she was for reporting what she saw and the impact it had on her and her family.

9 thoughts on ““Terror in the Skies”: One Woman’s Persistence”