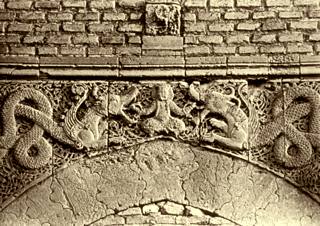 This essay is from The Talisman Gate*, a blog kept by Nibras Kazimi, a citizen of Iraq who works in the US. It originally appeared as an editorial in The New York Sun on March 23rd of this year, and subsequently in Mr. Kazimi’s blog.

I am presenting the essay in its entirety. The comments following the essay have been omitted, but you can see them at The Talisman Gate.

Mr. Kazimi is a Visiting Scholar at the Hudson Institute in Washington DC. He also writes on the Middle East for the Sun, in addition to a monthly essay for Prospect magazine in Britain.

Turn off the talking heads who never leave the Green Zone, and spend the time you save reading this Iraqi citizen’s viewpoint about the war in Iraq.

“Was it worth it?” is a question that I hear at every anniversary of the Iraq war, and it gets more pointed and pained — and asked more accusingly by some — with every passing year and especially this week as we mark the fourth anniversary after a particularly rough year.

And I can never understand the bewildered and disappointed look upon the questioner’s face — whether they be well-meaning or sanctimonious — when I answer, matter-of-factly, “Yes, of course.”

I am expected to atone for all that’s gone wrong, and when I don’t, it seems that I am violating some social norm. I am expected to repent the sins of war and recant the folly of wanting to fix things by war, as some of the earlier war-supporters have done.

But I don’t feel guilty over wanting Saddam Hussein gone, and I am certainly not guilty of what his loyalists and what the jihadists and death squads have done to Iraq since his ouster.

I don’t answer for other Iraqis, or for the Americans who too have sacrificed so much. I answer for myself as a war supporter, a war enabler, and a continuing believer: Yes, it was worth it.

I’ve spent the better portion of my life working toward Saddam’s overthrow. I was fully aware of the very real sacrifices made by those before me who had confronted Saddam and his Baath Party, and the consequences of their actions. The tyrant would not vanish by wishing him away — he had to be fought.

This was no personal vendetta, for although many in my family had confronted this regime, we emerged relatively unscathed. My opposition to the regime was motivated by the patriotism instilled in me by parents who encompassed the major sectarian and ethnic differences of the country: one an Arab Shiite, and another a Sunni Kurd. We were Iraqi citizens who wanted our country back, who wanted hope for the future, and none of that could even be contemplated under a regime like Saddam’s that actively set Iraqi against fellow Iraqi, using whatever means possible to rend the country apart, foremost being racial and religious differences.

The day the war started was the happiest day of my life. I was waiting for it in a country neighboring Iraq, but I had turned off all the phones the evening before to catch a night’s rest away from the well-wishers and congratulators who might call. I woke up and turned on the television to watch footage of the massive explosions that had smashed one of Saddam’s palaces during the night. I gleefully shouted my lonely battle cry.

A few hours later, my fellow comrades-in-arms gathered at one of our safe houses. There was no more need for caution and secrecy; all the various cells were brought together to celebrate. We were a motley group that included, among others, a former high ranking Shiite intelligence officer who had spent most of his life working for Saddam, a Sunni aviation engineer who had set out to write a new democratic constitution for Iraq on his own initiative, a Christian military architect who had designed safe passages for Saddam’s palaces, a Kurd who had fought Saddam’s armies in Iraq’s mountains and in a jihadist lapse, had gone to fight the Soviets in Afghanistan. Hope for a brighter future, hope for a new Iraq, had made us delirious with joy, and dismissive of our differences and our pasts, at least on that day.

The next few days were spent getting ready to do our parts in the war, and meeting with wider circles. One gentleman would become a minister of defense in the new Iraq, another would become a commander of the Mahdi Army. One tribal sheik would morph from being an avowed enemy of the Saddam regime into one of the “wise elders” of the Sunni insurgency.

Needless to say, our hopes at the war’s beginning were not matched by what we have seen over the last four years. So many things have happened that broke my heart, including the violent murder of some of those mentioned above, but my capacity for hope never broke — and it’s never been stronger.

With hope comes the expectation of better things: It is one thing to expect the luxury of human dignity in a new Iraq and get justifiably indignant when such dignity is violated by the insurgents or the death squads or even sloppy services, and it is quite another matter to expect no rights or compassion under Saddam’s Iraq and become resigned to being dehumanized by a repressive totalitarian machine. This is why so many Iraqis are unhappy today and why I am unhappy today, but it doesn’t mean that I have lost hope.

I have had my own share of traumas and hurts over the last four years, as did the vast majority of Iraqis. In fact my family, relatively unscathed under Saddam, has undergone a much harsher experience since the liberation of Baghdad. Not only physically and materially, but the spiritual damage has been extensive: Our cherished ideals of patriotism toward our Iraq were never so challenged by sectarian divides as they are now.

But instead of turning forlorn and dejected, I’ve grown more combative. I think it is because I have more to lose: Bringing down Saddam gave Iraq and the Iraqi people a fighting chance at a better life, and now, faced with this vicious attack by those who want to take us back to Saddam’s dark era and others who want to take us back to a medieval form of Islam, I have more to fight for.

When I first started working for the Iraqi opposition, it really seemed at times, as the Western press derisively labeled it, as a venture that involved “three guys and a fax machine.” Confronting Saddam seemed like a fool’s errand, a hopeless cause, not least because of the danger posed to oneself and one’s family.

A couple of days ago, while strolling around Manhattan, I passed the Sheraton Hotel at Seventh Avenue and 53rd Street where an Iraqi opposition conference was held in the autumn of 1999. I giggled at the memories that the place evoked: Who would have thought then that the men and women gathered there would today be the leaders of Iraq? But that is exactly what happened: There is something incredibly powerful in that realization.

The violence and mayhem enveloping Iraq is not my sin. Blame should be left at the doorstep of those who openly boast in propaganda videos about hurting ordinary people. If I am at fault, it is for hoping for too much, too soon. But even so, I have nothing to apologize for.

The war launched four year ago gave me my country back, and armed me with hope. Maybe my hopes have been scaled back slightly and recalibrated, but they were never repudiated nor will they be. On this anniversary, I choose to remind myself that flawed freedom is far better than slavery in whatever form, and that it is absolutely worth it.

Mr. Kazimi has two blogs by the same name, though the content is quite different. See here* for the second one. I recommend both.

If you want to write him, here is his email: Nibras Kazimi

12 thoughts on “Iraq: "Absolutely Worth It"”