Kepiblanc responded thoughtfully in the comments to Michiel Mans’ post about the impending European Civil War. His essay is worth reproducing here in its entirety.

He was replying to to Zerosumgame, who asked, “Who wins?”: 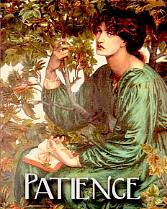 A religion, an ideology, a culture or an empire have three strategic options: to win by the word, the sword or the womb. In the case of Islam, the first two are out of question. To convince intelligent people to adopt the unbelievable stupidity of Islam is impossible, and hasn’t been accomplished anywhere. Up until now the expansion of Islam has been by the sword and the sword alone. Islam has managed to defeat several medieval cultures, mostly by outnumbering them in theater, and by use of excessive brutality. Not by military skills such as tactics, weapons technology or bravery. And Arabic armies are notorious for their incompetence, disorganization and fatalistic cowardliness. They never managed to go further northwest than Poitiers-Lepanto and the Gates of Vienna, where they met far superior cultures.

With respect to those two options — the word and the sword — Islam’s strategic situation is completely hopeless today. Surrounded on all sides by people who have gone through some process of enlightenment, education and technological evolution Islam finds itself in an abysmal cul-de-sac.

That leaves Islam with one option, and one option only: exporting their birth-surplus. In fact, that’s not a real option, but a necessity. Islamic countries are unable to feed their own populations, and increasingly so. When — not if — the oil wells run dry they’ll starve to death unless they can a) take over Europe or b) scuttle Islam.

So, they’ve chosen to take over Europe. So far it’s going reasonably well with some 50 million Muslims already in place and another 70 million soon to enter via the EU-nomenklatura’s high treason. But almost all those Muslims are entering strange lands indeed: highly civilized, technologically advanced nations with diverse and complex infrastructure and — first and foremost — educated, polite, patient citizens who don’t turn to violence easily. At least not until the straw breaks the camel’s back. And that back is weakened by the hour. The majority of the intruders are uneducated, primitive, ignorant welfare-receivers whose only skill is reproduction. They live on the camel’s mercy. Without the naïve support of the “chattering classes” they’d be toast.

Now, let’s take a look at the battlefield and the echelons. The Islamic Army can muster some 50-100 million individuals. But half of them are women and the rest whining, screaming, seething amateurs led by crazy imams acting as dilettantish officers. They are unable to rely on their fifth column white “intellectuals” who haven’t any military skills whatsoever. And almost none of their numerous offspring make it past elementary school. They don’t use the terrain, don’t spread out or fortify perimeters but stay lumped together in big cities. Here they can fight by means of wreaking havoc, carbeques, looting, raping and — generally speaking — harming themselves. Only one offensive tactic has worked, namely terror. By inducing fear into “the chattering classes” can they postpone the inevitable: their unconditional surrender

The Muslim Army doesn’t have a clue about its opponents’ strength. They don’t know that in a heartbeat that enemy can cut off their fortresses — the cities — from everything, food, water, power, communications, heating, sewage, clothes. Everything but childbirth. And they still don’t realize that their Quisling-friends among the politicians and in the MSM are blind, naïve and completely dissociated from the public at large. They live on illusions, bravado and mercy.

The culprit for the Muslims is time. The variables are patience on one side and impatience on the other. If they choose the first option and hope that continued baby-booming will do the job, they’ll have to restrain from major violence and terror at least some 50-100 years in order to collect the vital welfare from the surrounding productive community. And even then all those babies will stay uneducated, unskilled, primitive, and ignorant. Unless they don’t. If not, they’ll hardly stay Muslims. So their choices are: produce hordes of losers, savages, — and, in the end, starving children — or see them assimilate, integrate into society, grow a brain, discover common sense and dignity In short: abandon Islam.

If — on the other hand — they are impatient and choose the second option, namely to go for a quick and violent takeover, they’re no less doomed. In that case they cannot even hope for Quisling-support. The battle will be over almost before it starts: they’re too few to make deportation impossible and the more violent they get, the fewer restrictions will bind their opponents’ hands. In any case: it’s over.

Michiel Mans thinks the “civil war” will come much sooner than 2025. I agree. And I hope so. We’re already in a ‘phoney war’ with micro-battles all over the place and the rumbling of the deep underground is becoming stronger by the hour. And the rumbling is articulated: ENOUGH.