AMSTERDAM – Islamic arrestees who are being held at the Segbroek police station in The Hague have a compass in their cell. This way they can always check which way is east so that they know which direction to face when praying. A spokesperson for the police confirmed this on Thursday after a report in the AD.

From The Brussels Journal:

Muslim arrestees held in a windowless cell in The Hague have been praying West instead of East, facing Washington DC instead of Mecca. The Dutch press agency ANP revealed today that the compass which the Dutch police painted on the ceiling of the cells in the Segbroek police station to enable Muslim criminals to pray towards Mecca pointed in the wrong, opposite, direction. A police spokesman said a mistake had been made. The mistake has meanwhile been rectified. 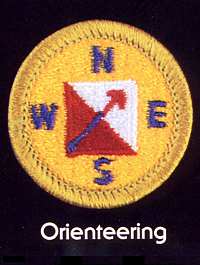 Perhaps we could round up a few Boy Scouts, complete with compasses? The boys could organize an orienteering class for the Dutch police. For those who pass — and manage to find their way home — perhaps a similar badge could be designed for their uniforms?

Can’t have disoriented Muslims crowding your jails and praying to Washington D.C. for surcease.

Anyone have a copy of the EU laws on this one?

13 thoughts on “Compasses Anyone?”