Life keeps interfering with reality. I’ve been trying to put up this post this morning. It’s stale-dating even as I write…

Wish I had known about this earlier in the week. I would’ve been beating the drum for Floridians to support the anti-CAIR network. 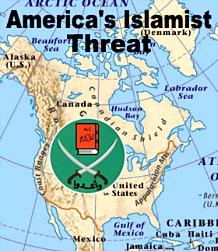 Tonight there will be an anti-CAIR demonstration in Fort Lauderdale. If you know anyone in Broward County, give them a call and urge them to attend.

Here are the details of the press release:

(Coral Springs, FL) Americans Against Hate, the group that was responsible for Senator Barbara Boxer rescinding an award from CAIR leader Basim Elkarra, will be protesting CAIR outside the Broward County Convention Center, in Ft. Lauderdale, Florida, where CAIR is holding its annual event.

Featured at CAIR’s event will be Siraj Wahhaj, an individual whose name is found on the U.S. Attorney’s list of “unindicted co-conspirators” of the 1993 bombing of the World Trade Center. Wahhaj served as a witness for Sheikh Omar Abdel-Rahman, the spiritual leader of the attack, during the bombing trial.

Also featured at the CAIR event will be CAIR’s National Chairman Parvez Ahmed.

Americans Against Hate Chairman Joe Kaufman, who will be speaking at the protest, stated, “CAIR, because of its numerous terrorist ties, should not exist within the United States. At our protest we will be calling on the U.S. government to take action against the group.”

Where: Outside the Broward County Convention Center, at the corner of 17th St. and Eisenhower Blvd.

All are invited to attend. There will be refreshments.

Joe Kaufman is making himself available to the media before and after the protest.

I just read the weather report for Fort Lauderdale. It will be in the seventies early on and go down to the mid-sixties as the night wears on. Bring an umbrella for a twenty percent chance of showers.

Go meet Joe. Take pictures and send them to Gates of Vienna! Let’s all work to end CAIR in the U.S.