A volunteer who calls himself Scandinavian Dissident has translated this article from the online version of Die Welt. It’s about the notorious incident in which a German judge who decided to apply Sharia to a case involving domestic violence and a Muslim woman.

The fact that the case received widespread publicity in Germany, and was greeted with almost universal condemnation, indicates that the situation in the heart of Eurabia is changing.

Where Tolerance Collides with Law and Order

The ruling of a female judge in Frankfurt, in a divorce case involving an abusive Muslim man, has caused indignation. However, this situation is no longer unique; in more and more cases there is a collision between cultural tolerance [multiculturalism] and law and order.

The regret that the Frankfurt Family Court judge Christa D. expressed afterwards doesn’t really make things any better. From the feminist Alice Schwarzer to the right-wing politician Wolfgang Bosbach, there’s a surprising unanimous indignation over the fact that a German judge, in all seriousness, justified rejecting the divorce petition of a German of Moroccan background by quoting a Surah from the Koran.

It’s hard to tell if it’s “clumsiness” or moral arrogance when the judge now tells a speaker from the District Court that she seriously “looked for a clarification in the Koran, and was proud that I found one, thus quoting Surah 4:34 as a source.” The Judge seemed unable to see that you could interpret this as trying to apply the Koran to German law. In the meantime she has been pulled from the case.

The district court says Mrs. D is embarrassed. The judge was in the headlines ten years earlier, when a man shot his ex-wife in the judge’s courtroom. Was her motive naked fear, the kind of panic that makes the head of the Berlin Opera Kirstin Harms to cancel a production of “Idomeneo” because she had received vague threats?

An individual case with no precedent 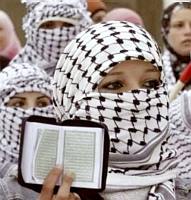 Lawyer and CDU [Christian Democratic Union] party head Volker Kauder explains that the incident “is an individual case, which cannot set a precedent for any other case.” However, this kind of opportunistic haste is a form of precedent itself. What you can see here is a foul mixture of self-hatred, lack of civil courage, and arrogance disguised as cultural sensitivity.

The examples are legion. When you look at honour killings, there have been some court decisions where a murder has become mere manslaughter, because the court takes into account “cultural characteristics.” “I started fighting against this in the eighties,” says Barbara John, former member of the Berlin Commission for Foreigners, “when cultural discounts were made. But there are also idiots among the judges.” Four years earlier the Federal High Court had to override the ruling of a court. A Turk living in Germany had his wife, who was looking for a divorce, stabbed to death. The regional court in Frankfurt sentenced him to thirteen and a half years.

Normally he would have gotten life in prison. In addition the perpetrator had acted out of base motives. The judge, however, didn’t want to exclude the idea that the perpetrator, due to his “Anatolian values,” had not been aware of the baseness of his motives.

Therefore the perpetrator was convicted of manslaughter, not murder. The case was moved to the Federal High Court, and a ruling came in April 2004: Foreigners living in Germany can be found guilty of murder due to base motives. German customs and laws regarding the relationship between men and women were explained to the perpetrator. On the other hand it was not said that the perpetrator had the right to “kill and abuse his wife in accordance to Anatolian values.” The Federal High Court instructed the regional court to re-assess its sentencing, to see whether or not it could still be a murder. A new ruling is still pending.
– – – – – – – – – –
The cartoon debate disgraced many news outlets

During the Mohammed cartoon controversy, many news organisations and publishers distanced themselves from the controversial caricatures and the decision to publish them — they did this to avoid hurting the feelings of the Muslims (some also did it because they found the caricatures to be tacky). An airline forbids its stewardesses from carrying crosses around their necks. A kindergarten in Bozen decides to stop singing Christmas Carols where Jesus is mentioned, because it could offend the predominantly Muslim children. The demand that Germany be the primary language in a secondary school is greeted with reproach and claims of “forced Germanisation.” One shouldn’t “pour gasoline on a fire” said Karl-Heinz Werner of the Mainz Carnival association: it would be absolutely idiotic to show Mohammed on one of the floats.

However, there’s no topic that causes so much anger and heated tempers as the relationship between men and women. In response to the petition that she be excused for partiality, the Family Court Judge Christa D. —astonishingly enough — responded, “The honour of the man according to the Koran is, to put it simply, is bound up strongly with the chastity of his wife, so strictly speaking a man with an Islamic education would view a woman who leads a life according to the norms of western culture as an obvious injury per se upon his honour.”

Mrs. D has overslept and completely missed recent developments in Morocco. At the behest of the King, family law in Morocco was completely reformed two years ago. The age of marriage was raised to 18. Abuse in marriage was made a crime. At last women in Morocco have a right to divorce, to have custody of their children, and to receive alimony.

Weakening of the German judicial system

Do we seriously want Morocco to overtake us from the left? The author of Emma, Alice Schwarzer, fears a weakening of the German judicial system: She pointed out numerous rulings in recent decades that acquitted perpetrators for reasons of “different customs” or because they were from a different “cultural area.” The judicial system has for a long time been infiltrated by Islamic forces. A judge who appoints herself to rule according to the Koran utters law in the name of Sharia, and not in the name of the Basic Law. She is no longer trying to be a German court.

Mina Ahadi, chairman of the newly created Central Council for Ex-Muslims says that the German judicial system is frequently too careless when it comes to such cases. At the Central Council of Muslims the ruling was also criticized. Their spokeswoman, Nurhan Soykan, explained that force and the abuse of human beings, regardless of their gender, are all valid Islamic reasons for seeking a divorce. A legal commentary by the Greens is also interesting: Bilkay Öney, the spokeswoman for immigration politics, explained: “The Koran’s Surah 4, verse 34, leaves much room for interpretation. The first interpretation of the verse was actually made by the prophet Mohammed who said ‘Do not strike women. Those who strike women are truly the worst of creatures.’ Respectable Imams do not preach the abuse of women. Even in countries with a predominantly Muslim population the Koran does not stand over the law — excluding countries where the Sharia code is used.” (Those are, unfortunately, all countries where Islam is part of the doctrine for the national government.)

Since the Islamic conference brought up the delicate topic of freedom of speech, it is not feasible anymore to rush ahead ignoring the majority in Germany. Now it is even illegal.

5 thoughts on “Multiculturalism Versus Law and Order”