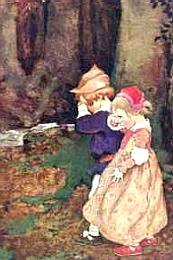 I’ve written here recently about the new Danish anti-Islamization movement and political party called SIAD. If you visit SIAD’s website, you’ll notice that they cite 620,000 as the number of Muslims in Denmark.

I got an email from Danish newspaper columnist and Islam critic Lars Hedegaard, President of the Danish Free Press Society. I respect him greatly. He has been one of the leading forces for many years behind making tiny Denmark into one of the leaders of the anti-Jihad resistance.

He has read the story about the political party “Stop the Islamization of Denmark,” SIAD. According to Mr. Hedegaard, he did a very thorough review of just how many Muslims were legal residents of Denmark in January 2004, and found the number of Muslims in the country to be less than 200,000, which is a lot less than the numbers mentioned by SIAD. I personally believe we should also be wary of inflating the number of Muslims, which CAIR is consciously doing in the United States.

Mr. Hedegaard also notes that SIAD are considered to be politically naïve by many of the more established Islam critics. For this reason, even though they will of course defend their right to hold meetings and speak their mind, many people will be reluctant to cooperate with them too closely.

I think Fjordman is right — anti-Islamic groups all across Europe are inflating the numbers of Muslims. I did a couple of posts about the numbers of Muslims in Europe, and Daniel Pipes has written on the topic, too. On this side of the Atlantic, CAIR inflates the number of Muslims in the USA order to create political leverage. In Europe, the numbers are exaggerated by anti-Islamization groups alarmed by the inroads that Islam has made into Europe.
– – – – – – – – – –
Using CAIR’s inflations as a guideline, I tried to guess how many Muslims there might really be in Europe. The figures I came up with were lower — much lower in certain cases — than some of the numbers being thrown around by various European counterjihad sites.

I managed to annoy some of our European readers — Danes, Swedes, and others. They claim the numbers in their countries are much higher. Of course, they have no authoritative statistical sources to back up their numbers — no one does. Various arguments supporting the higher estimates can be made, but in the end it’s just a gut feeling.

It’s very difficult to determine the real numbers, because Muslim children born to non-natives in the host country are listed as “Danes”, “Swedes”, etc., in most censuses, and tallying by religion is not permitted. France keeps no statistics whatsoever on these matters. This means that Europeans — who are already so accustomed to the quotidian lies and obfuscations issued by their own governments and the EU — have no faith in any official figures. As a result they create their own estimates, either low or high, depending on their political inclinations.

We do our cause a disservice if we put out information without reliable sources. If the information is later discredited, then all the issues we’re fighting for are also discredited. Out goes the baby with the bathwater.

What really counts is the ongoing dhimmification of our countries, as spearheaded by our craven and corrupt political leaders. From this point of view, it doesn’t matter whether there are three Muslims in Denmark or three million. What matters to the Danes is their right to live according to the rule of law and their own traditions. No matter how many Muslims there are in a country, none of the following should be allowed:

These issues are clear, simple, and governed by common sense. They don’t depend on how many Muslims live in a country. They only require that countries strengthen their spines, support their traditional constitutions, and enforce the laws that already exist.

What appeals to me about SIAD is their political naïveté; that is, their fresh and straightforward message. They’re law-abiding, non-violent, and non-Nazi in their orientation, which is good. Their mission aligns very closely with that of the 910 Group. They have set themselves a clear, reasonable, and humane goal, and they’re moving towards it with great optimism and enthusiasm.

Yes, they are politically naive. But that’s not surprising; they’re just starting out.

I’m a naïf myself. So are most of us in the Counterjihad. We have to be, because anybody who is politically savvy won’t touch these issues with a ten foot pole. If they do, the lockstep media will demonize them as “racists” and “Islamophobes”, and kill their political careers.

As a result, we’ve been effectively abandoned by our political leaders. We’re on our own, babes in the woods. The naïve will just have to carry the load themselves.

And we are Islamophobes — but with good reason. You’re bound to be an Islamophobe if you watch what’s happening in Beslan or Sydney, in Rinkeby or Clichy-Sous-Bois, in Leeds or Dearborn, in Thailand, Kashmir, Lebanon, Gaza, Nigeria, Sudan, Indonesia, and the Philippines.

Islamophobia is a rational response to current events. If you’re not an Islamophobe, you’re not paying attention.

If SIAD’s message resonates, it will help change the political culture and make real resistance to Islam possible in Denmark, and in other Western countries as well. People with political experience will then adopt parts of the Counterjihad’s program, and begin to enact it.

That’s why I gave SIAD a little free publicity. We have to start somewhere if the Counterjihad is ever going to gain any traction in the political sphere, and SIAD seems as good a place as any.