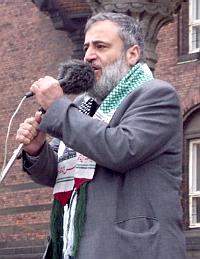 Zonka notifies us that Abu Laban, the imfamous Danish imam, the noted apostle of the Religion of Provocation, has died of lung cancer. The funeral will take place at the Muslim burial place at Brødbyøstervej 180, Brøndby, about ten minutes after this post goes up.

We’ve written about Abu Laban previously. It’s not good form to speak ill of the dead, so let’s just say that he’ll be missed by those who loved him.

I’m not certain how many Danes would be included in that latter group.