Commenter LN points out the latest installment of multicultural lunacy with which Britain seems to be so thoroughly infected. From the Daily Mail: 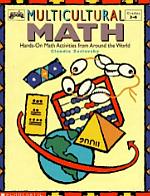 Children will be taught race relations and multiculturalism with every subject they study — from Spanish to science — under controversial changes to the school curriculum announced by the Government.

In music and art, they could have to learn Indian and Chinese songs and instruments, and West African drumming.

In maths and science, key Muslim contributions such algebra and the number zero will be emphasised to counter Islamophobia. [Oh, yes! That’s bound to be effective. — ed.].

And in English, pupils will study literature on the experiences of migration — such as Zadie Smith’s novel White Teeth, or Brick Lane, by Monica Ali.

Under the recommendations — put forward in a report by former headmaster Sir Keith Ajegbo — teachers will be expected to make ‘explicit references to cultural diversity’ in as many subjects as possible.

A new central theme covering ‘identity and diversity’ will be added to citizenship classes, which have been compulsory since 2002.

Pupils could even be tested on their attitudes to diversity in A-level and GCSEs, which will be redrafted to ensure they include ‘issues related to diversity’.

Not everybody thinks this is a good idea:

However, [MP Douglas] Carswell said: ‘This report is prescribing precisely the wrong medicine to heal the wounds of a society that multiculturalism has divided. This is a stark example of the politically-correct lobby hijacking the citizenship agenda.

‘Recent arrivals to this country have all the more reason to be given a sense of what we are all about so they can become part of it and share it. But instead this will give the green light to every politically-correct Left-Wing educationist to further undermine our society.’

– – – – – – – – – –
Now, before you say, “Wow! Those wacko Brits! It’s a good thing we don’t have to deal with this kind of crap over here!” — you might want to spend a little time with Dr. Google assessing the status of American multicultural education.

Since my field is mathematics, I went looking for multicultural math. Believe me, there’s plenty to be found; I had to quit long before I looked at every link — gnashing my teeth was giving me a headache.

You could, for example, look at InGEAR: “a multi-university project titled Integrating Gender Equity and Reform”, specifically equity in mathematics, science, and engineering instruction. In this context “equity” is always an ominous word; it means favoring less capable students over the more talented, all because of race, gender, sexual orientation, abled-ness, species, or planet of origin.

Or check out the Electronic Magazine of Multicultural Education:

I propose that teachers consider at least three ways to infuse multicultural education into the math and science curriculum. Firstly, they may adopt into their curriculum mathematical and scientific contributions that different societies have made to the advancement of human knowledge. Secondly, they may undertake biographical studies of mathematicians and scientists from various cultural and gender backgrounds. Thirdly, they may apply culturally relevant pedagogy to their math and science instruction so that all students, including students of color, students from low socio-economic status, and females, will receive quality education and an equal chance to perform to their maximum capacity. Articles and reviews of resources published in this issue will help teachers infuse multicultural contents and pedagogy into their math and science curriculum. Some readers may be surprised to discover that a significant amount of information is available to assist their instruction.

When I was in school, we didn’t study the biographies of mathematicians. If you were interested in such things, you might take a book out of the library on your own time, but in math class you studied — wait for it — math. The only way the mathematicians themselves showed up was in the theorems named for them: Pythagoras, Leibniz, Taylor, Euler, Napier, etc. I never knew what race or gender those people were — they were just the names.

Ah, but the fact that they were all Dead White Males was later held against us, of course.

Here in the United States the federal government doesn’t write school curricula; it can only kink or unkink the money hose. So Uncle Sam can’t pull a stunt like the British government is doing; the mischief is all occurring at the state and local levels, co-ordinated by the education schools and the teachers’ unions.

But that doesn’t stop the feds from spending your tax dollars on all the necessary multicultural “research”. Take, for example, some excerpts from ERIC Digests, which were midwifed in part by the bottom line on your 1040. First there’s “Content integration”:

The first dimension of multicultural mathematics identifies diverse cultural contributions to mathematics. This dimension is important because so many people view mathematics as Eurocentric. Consequently, students from non-European backgrounds may feel that they cannot contribute to the field and thus develop a helpless and powerless attitude toward mathematics.

Students from non-European backgrounds may feel that they cannot contribute to the field.

Did you know that the best mathematicians in the world are from India? That if ethnic quotas were ever instituted among math graduate students at our major universities, Indians would have to be thrown out?

This component refers not only to group consensus within a discipline but also to the process whereby individual students construct knowledge for themselves.

You and I have another phrase for this component: “Making s**t up”. Lock the little boys and girls in a room and let them reinvent the wheel, and then discover how to do differential equations on their own. That will really accelerate the progress of math and science.

You might also want to pick up a copy of Ethnomathematics: A Multicultural View of Mathematical Ideas, by Marcia Ascher:

According to this review:

Among the Iqwaye people of Papua New Guinea, for instance, fingers, toes, and the spaces between toes are tools for counting to numbers much higher than 10 or 20 or 28; instead, they form the basis of a sophisticated numbering system that can count to numbers of indefinitely large size.

This is a big deal? The indigenes learned to count? And beyond twenty, too! Quite an accomplishment for — ahem — people of color.

From Madagascar, for instance, she describes a divination practice that has endured for four centuries, in essentially the same form, among members of the island’s diverse ethnic and sociopolitical groupings. Madagascans seeking advice and guidance consult an expert, known as an ombiasy, in a divination system called sikidy. The diviner grabs a fistful of the seeds from a local tree out of a bag and makes a column of four random piles. He then removes the seeds from the piles two at a time, until each pile is reduced to either one or two seeds. He then repeats the process three more times, each time placing the new column of piles to the left of the preceding column. In the end he has sixteen piles of seeds before him, each containing either one or two seeds, arranged in four columns.

It’s easy to make fun of this stuff. But when I do, I must emphasize that I’m not making fun of the source material itself. What people have done with mathematical ideas in their own way, in their own cultures, is always interesting.

What I’m ridiculing is the high-minded elevation of these things, this condescending and — yes — racist pandering to more primitive cultures, all in the name of further denigrating Western civilization.

Because what you’ll notice about all the multicultural math, science, and engineering accomplishments touted in these sources is this: they aren’t any more advanced than the ancient Greeks were in these fields.

No electronic device was ever designed based on the indigenous physics of the Igbo. The Ainu did not discover the quark, or a cure for polio.

The awful truth, the truth that dare not be admitted, is that the hated Dead White European Males had this stuff beat more than two thousand years ago.

19 thoughts on “A Diversity of Ignorance”