Brussels Journal has recently taken note of the trap that is being set for Central Europe and the Batic countries by the Baltic Sea pipeline. The new pipeline will bypass the central and eastern parts of Europe by going through the Baltic on the way to Germany and eventually Britain.

By this means the Russians will be able to express their displeasure with Poland, Latvia, Lithuania, and the other small countries of Central Europe which are not “team players”, and do it without harming their “co-operative partners” in Germany and France. With one hand firmly gripping the nether parts of the former Iron Curtain countries, and the other controlling the spigot of prosperity for the EU, Russia won’t need armies and submarines to enforce its will on Europe.

A married couple in Swden sent us the following article from Expressen. Eva F-R is the translator, and her husband writes to explain their situation:

We live in central Sweden in a town of approximately 44,998 socialists and two conservatives. As to the ratio noted, we do not feel outnumbered — in fact, we sometimes feel sorry for the “others”. When we are invited to a dinner party, we often get a quiet word from the host or hostess that we should refrain from political discussion. Inevitably, someone will say the wrong words, Eva and I will smile, and the battle is joined.

Prepare for a Russia on its way to fascism 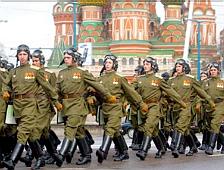 “There is an historical concept for what Russia now seems to be on its way towards — a word that covers paranoia and self-sufficiency, the lawlessness, authoritarian wielding of power, populism, intolerance and economic and political nationalism that characterizes the Putin regime”, wrote The Economist shortly after the murder of Anna Politkovskaja. The analysis of the development of Russia ended with the reflection: “Russia isn’t there yet, but sometimes it seems that Russia is on its way to fascism”.

The word “fascism” is sometimes used as a general and meaningless insult. But when The Economist uses the word, it is in the context of an analytical concept, the name of a societal system. The lack of rule of law and direct lawlessness is a prominent trait of a society on its way to fascism. This manifests itself on one hand in physical violence against real or imagined adversaries to the regime such as journalists and businessmen and on the other hand in harassment of independent organizations for the protection of human rights and those that fight against the destruction of the environment.

It is probably Russian actors who are behind the murders of Anna Politkovskaja and of another ten journalists in Russia over the past few years and the poisoning of the former FSB-agent Litvinenko in London. If the regime is behind this, that is the kind of terror that The Economist is referring to as a tendency to fascist power wielding.

If, however, domestic opponents to the regime are behind all of this, the Russian society is in a situation where the political violence is not under control. This could be the preliminary state of a seizure of power with fascist overtones.

The traditional picture of the Soviet threat was military. Under Putin, the Russian foreign economic policy has come to be regarded as a threat by several neighbor states. The question about the gas pipelines through the Baltic sea is well known. Added to this picture is the Russian policy against the former Soviet states such as Ukraine, White Russia, Moldavia, Armenia, and Georgia, and against states in the old Soviet bloc such as Poland, Rumania, Hungary, and Bulgaria. Lukoil has bought two refineries in Bulgaria and Rumania, and a Hungarian energy company and has entered into a co-operation agreement with Gazprom. In Armenia, White Russia and Ukraine, the Russian policy is now aiming to take control over the distribution of gas and oil. Russian companies have bought shares in a steelworks in Vitkovice in the Czech Republic, in the Italian Luccini Group and in Rouge Steel Industries and Oregon steel mills in the U.S.A., as well as in the tire manufacturer Vredestein in The Netherlands, and a mobile telephone company Turkcell in Turkey. The Russian telephone company Sistema is now trying to obtain shares in the German Telekom in order to be in a position of power.

Rumania’s president, Trajan Basescu, is of the opinion that Gazprom is more important as a strategic weapon to the Kremlin than the former Soviet army. Other observers state that Gazprom is behaving like a second Russian foreign ministry. 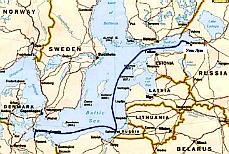 A state that is in the process of obtaining a huge influence over the energy market in Europe can become a fascist dictatorship. However, the threat can be countered. Sweden’s foreign minister, Carl Bildt, who has excellent contacts in Russia, both can and should take the initiative to an EU policy that in all possible ways gives support to independent organizations in Russia that are working to protect and promote human rights and safeguard environmental interests. This course must be combined with a well-thought-through economic and political strategy that will prevent a huge Russian influence over the energy sector, the manufacturing industries, and tele-communications in Europe.

No reference to history is needed to paint the picture of a Russian threat. The Putin regime’s polices within the sectors of freedom of speech, freedom of association, and human rights towards small neighbor states, such as Georgia and Moldavia, and in regards to economic and foreign policy, are sufficient enough as an argument.

Naturally, the question of a Russian military threat against the world remains. President Putin and his closest men with the foreign minister Sergej Lavrov at the head are thinking in terms of geopolitical and military capability. On the 10th of May this year, Putin explained in a speech to the Federation Council that Russia must have military capability to act at the same time in global, regional, and several local conflicts and that the Russian defense budget will increase between ten and fifteen percent per year. On the 16th of November, Putin informed his defense service chiefs that Russia must keep its preparedness to use nuclear weapons. He also promised to make sure that the officers received better housing and higher salaries.

There is no organized political opposition. The only opposition we can discern is from groups who want to have an even more brutal domestic and foreign policy. The political leadership in the Baltic states and Poland are, to say the least, worried about the Russian threat. However, these states have the security guarantee that they are members of NATO. The Swedish government ought to consider that Russia’s military build-up and economical foreign policy has created a situation where Sweden no longer can persevere in a policy that is based on the absence of a security threat from Russia. A new Swedish defense policy geared to defending the country is needed. And if Carl Bildt and the Reinfeldt government do not place on the agenda the question of Sweden’s NATO membership, then the opposition should do it.

Written by Kristian Gerner, Professor in History at University of Lund, Sweden. (A comment under his photo: “He is hoping that the Russian darkness will not turn into the total darkness of night, but instead turn into a new dawn. His hope is for a Gorbachev II.”)

10 thoughts on “The Coming Russian Fascism”