The noted blogger Fjordman is filing this report via Gates of Vienna.
For a complete Fjordman blogography, see The Fjordman Files.

This post is a continuation of two of Fjordman’s previous posts on Multiculturalism and Political Correctness.

I’ve been trying to analyze the roots of Multiculturalism and Political Correctness. The conclusion I’ve come up with so far is that it needs to be understood as a combination of forces and influences, different but not mutually exclusive.

One view is that Multiculturalism “just happened,” an accidental result of technological globalization. Although global migration pressures and modern communications definitely contributed, this thesis is, in my view, almost certainly too simplistic. There is mounting evidence that Multiculturalism was deliberately encouraged by various groups. If anything, it is an indirect result of globalization through multinational corporations and the creation of an international political elite whose mutual loyalty increasingly supersedes national interests. 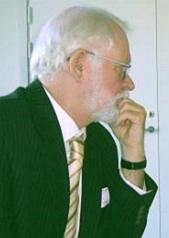 I’ve heard some commentators say that all the most destructive ideologies of the modern era have originated in Europe. But frankly, I’m wondering whether Multiculturalism is the one stupid idea that was actually exported from the United States to Europe. Danish writer Lars Hedegaard claims Multiculturalism comes from the United States following the Civil Rights movement in the 1960s. After thinking about it, I find this to be a plausible explanation.

Perhaps Multiculturalism partly is an anti-European ideology, with the United States – and later Canada, Australia and New Zealand – distancing themselves from their European heritage, whereas Europe has distanced itself from itself. I noticed on one conservative American blog that it was perfectly permissible to trash European culture in any way possible, but when I carefully asked some questions about whether the cultural impact of massive Latin American immigration would be exclusively beneficial, I was accused of being “racist.”

Some readers of my essays have suggested that Multiculturalism originated in Canada. Author Claire Berlinski even believes that it was invented in Switzerland. But, with all due respect, the impact of Swiss or Canadian cultural influences abroad has been rather limited. The United States, however, has exerted powerful cultural influence all over the world since WW2, and has been in the position to export such an ideology.
– – – – – – – – – –

The Civil Rights movement took place against a backdrop of a Western youth rebellion with Marxist influences. Although Multiculturalism may not be directly rooted in Marxist teachings, which helps explain why it has received support by some right-wingers, its anti-Western attitudes and radical Egalitarianism are at least compatible with ideas of forced equality, and aspects of Multiculturalism are sufficiently similar to Marxism to explain why its most ardent supporters are left-wingers, and why Political Correctness, the soft-totalitarian form of censorship employed to enforce Multiculturalism, is so appealing to them. 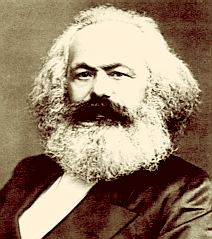 If we postulate that Multiculturalism and Political Correctness were initially born out of a Western loss of cultural confidence, but have since been largely utilized by the Western Left, this would explain why it exists all over the Western world, but strongest in Western Europe, which has had a more powerful Marxist influence and a greater historic loss of self-esteem than the USA. It would explain why Eastern Europeans, who have just experienced decades of Marxist indoctrination, are somewhat more resistant to it than are Western Europeans. Eastern Europeans have also been much less exposed to the Eurabians of the European Union, who champion Multiculturalism for their own reasons.

The best summary I can come up with thus looks something like this: Multiculturalism originated in the United States during the Civil Rights movement in the 60s, which triggered a complete re-thinking of American cultural identity in favor of repudiating the European aspects of its heritage to transform into a “universal” nation. Multiculturalism was exported to the rest of the Western world through American cultural influence, and was picked up by a Western Europe, still with deep emotional scars following its near self-destruction during two world wars, which was then in the process of leaving its colonies and suffered from a post-colonial guilt complex and the identity crisis associated with this.

Multiculturalism thus originally had its roots in a cultural identity crisis in the West, but it was quickly expropriated by groups with their own agendas. This period, the 1960s and 70s, was also the birth of the Western Cultural Revolution, a hippie youth rebellion against the established Western culture and institutions that was deeply influenced by Marxist-inspired ideologies. The anti-Western component in Multiculturalism suited them just fine. Following the end of the Cold War in the late 1980s and early 90s, when economic Marxism suffered a blow in credibility although it didn’t die, larger segments of the Western political Left switched to Multiculturalism and mass immigration as their political life insurance, and wielded the censorship of Political Correctness and “anti-racism” as an ideological club to beat their opponents and continue undermining Western institutions. 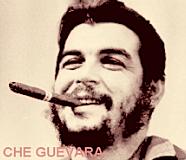 On top of the Marxist influences, in Western Europe we had another groups of Euro-federalists and Eurabians, with a different but overlapping goal of breaking down the national cultures through the promotion of Multiculturalism in favor of a new, artificial identity. The process of globalization didn’t create these impulses of Western self-loathing, as indicated by the fact that non-Western countries such as Japan have not been overwhelmed by immigration to the same extent as the West, but it reinforced some of them.

Technological globalization has increased migration pressures to unprecedented levels, but it has also enabled a global political and economic elite of individuals, including some centrists and right-wingers, who no longer feel any close attachment to their countries, but mainly to the international elites who provide them with career opportunities.

These centrists, rightists and Big Business supporters may not be as actively hostile to Western culture as some left-wingers are, but they don’t do anything to uphold it, either, and use Multiculturalism to hide the fact that they have lost or abandoned control over national borders. Globalization has thus simultaneously created more migration and less political will to control migration.

The combination of all of these factors, in addition to the resurgence of a global Islamic Jihad, is gradually creating a demographic and democratic crisis in the West. Many Westerners sense that their media and their politicians are no longer listening to them, and they are perfectly correct. Those who feel a loyalty to their culture and their nation states feel betrayed, because they are.

30 thoughts on “The Background of Multiculturalism”