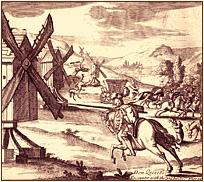 Just for fun, I thought I’d turn the tables on a blog dedicated to stopping Bolton’s nomination. I’m not going to link to it – the knaves – but I will tell you it’s a group affiliated with The World Federalist Movement, those lovely folk dedicated to the takeover of the US by the UN.

Given their agenda, it’s no wonder they find Bolton’s complaints about the sexual abuse and corruption of UN blue birds so offensive. They list his disgust with the UN’s business as usual as one of his “blunders.”

The one-world folks – the transnationalists – want Bolton out of there. And they may well have their way. Bolton was in Washington this weekend, meeting with senators in an attempt to save his ambassadorship. But there are too many vested interests who know how dangerous he is to changing the paradigm; he’s got to go. And there are far too many who are determined to make President Bush look bad, no matter what the cost, even if it’s the further erosion of our soveregnity.

The Administration has sent Bolton’s nomination back up to the Hill anyway. One has to admire them for trying. Bolton is the best thing since Jeanne Kirkpatrick served in the same post. Of the UN, former Ambassador Kirkpatrick said:

As I watched the behavior of the nations of the U.N. (including our own), I found no reasonable ground to expect any one of those governments to transcend permanently their own national interests for those of another country.

I conclude that it is a fundamental mistake to think that salvation, justice, or virtue come through merely human institutions.

Democracy not only requires equality but also an unshakable conviction in the value of each person, who is then equal. Cross cultural experience teaches us not simply that people have different beliefs, but that people seek meaning and understand themselves in some sense as members of a cosmos ruled by God.

The one-worlders, groups like the American-based (as in based right across the street from the UN building) World Federalist Movement, find Bolton offensive? Imagine what they’d do now to Kirkpatrick.

Here’s an amended phone script that one of the stop Bolton sites uses as its prompter for those who call to protest the idea of Bolton’s continuance in office. I changed it a little so you can use it to call in to register your voice for Bolton.
– – – – – – – – – –
Word is, the White House may try an end run around the Foreign Relations Committee and do a second recess appointment of Bolton while the swollen plutocrats are off for Christmas. It may give Joe Biden apoplexy. John Kerry will shake his finger and give endless lectures. You and I could write the screeches speeches he will give at the drop of his lucky hat if the Executive branch does appoint Bolton again.

Anyone know if Bolton is financially sound enough to work without pay? Because that is what it will cost him for this work-around of the advise and consent procedures. Unless of course, Representative Jefferson is willing to loan him a little cold cash to tide him over.

In the meantime, here’s what to do: Call and make your voice heard. And let them know what you think of our appropriations for the UN while you’re at it.

When on the phone with Senator’s office, you won’t be speaking with the Senator. You’ll be calling a staff assistant whose job it is to answer the phone, find out what YOU care about, and pass your views along to the Senator.

CALLER: Hello, my name is (name) and I live in (hometown). I’m calling because I want the Senator to support John Bolton. Our U.N. Ambassador has been standing up for the United States and the cause of liberty, and is doing a great job.

STAFF: Assistant will either state the Senator’s position or volunteer to pass along your views.

CALLER: Great, thanks. Let the Senator know I’ll be keeping track of his/her stance on the issue.

Here are the current members of that esteemed and august body, the U.S. Senate, along with their phone numbers. Those listed in red are on the Senate Foreign Relations Committee, so they are more important and should be contacted first, since they are the gatekeepers on whether or not this nomination ever reaches the floor. Anyone taking bets with Joe Biden in charge and John Kerry bringing up the rear?

The “web” links are to the contact pages on their individual Senate websites.

Make your voice heard. Even though we are up against a hubristic bunch, it is important to do the principled thing. They won’t even admit they listen, but they do. Their lifeline depends on it.

9 thoughts on “Going to Bat for Bolton”