Reader JDM has been busy translating Norwegian articles and blog posts for us. Here are two related pieces, each highlighting a different aspect of the gradual surrender of Norwegian civil society to the lawlessness of Muslim immigrants.

The first of these is from HonestThinking (which apparently has no permalinks; readers who want to see the Norse version will have to scroll down):

August 2, 2006 — HonestThinking and others have, for a long time, warned that sooner or later Oslo will come to see conditions similar to those seen for some years in Malmö in which certain portions of town are gradually taken over by immigrants. There are, for example, countless neighborhoods and areas of Paris and other French towns where the police are powerless.

But, of course, this will never happen in Norway, so we ought not talk about it. This kind of fear-inducing propaganda will, in addition, just destroy all the work going on with integration. We don’t want to create a climate of hate. Right?

Unfortunately, [the Norwegian newspaper] VG, reported last week that a policeman had to run for his life from an angry crowd: 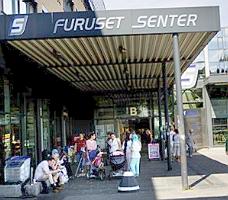 The plainclothes officer was hit in the face and told to leave the Furuset [shopping] center. The policeman, who was on duty at the time the episode took place Thursday (7/20) afternoon, had to run for his life to get away from the angry men. VG has found out that he was told that this area was none of his business […] Sources told VG that a gang of young men have basically defined Furuset as their area and that they don’t accept “intruders”.

HonestThinking comments: We believe this episode marks an important transition, and we find it odd that it has not received more attention from the media. This is a clear indication of future developments and [certain Norwegian] politicians do not, in the future, have any excuse for painting a utopian picture of a tolerant and harmonious Oslo.

If the government doesn’t soon do something drastic, we will, in the years ahead, lose control not just of Furuset but also other neighborhoods and sections of Oslo. The same thing will happen in other towns as present demographic developments continue. Increased efforts at integration will have no effect.

HonestThinking to certain Norwegian politicians: don’t come whining in five, 10 or 15 years that no one could’ve predicted how badly things would go. These developments are obvious to anyone who is willing to face the truth.

These immigrants have, in addition, little use for those empty phrases like “artificial barriers between ‘us’ and ‘them’”. Their message is clear: here, increasingly, it is us who run things.

The second piece is an article from VG Nett: 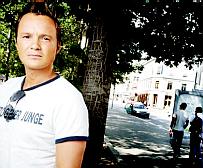 In the space of a week in July, two gay men were brutally beaten up in downtown Oslo by immigrant youth for being homosexuals.

“There is a quiet acceptance of violence against gays in the Muslim milieu”, says André Dahl.

“Youths with an immigrant background are responsible for aggravated assaults against homosexuals. It is extremely strange that the entire Norwegian élite will line up in protest if an immigrant is ever assaulted, but a violent episode against a homosexual for being gay rates merely a notice in the papers”, states André Dahl, himself a homosexual and half-Turkish. This gives him insight into both communities.

“There is a need for a national discussion of the responsibility of Muslim leaders and immigrant organizations and the reality of this quiet acceptance of violence against homosexuals”, says Dahl.

I’m certain that the mainstream press in Norway, just as in this country, would rise up as one in outrage against any right-wing Christian extremist who dared to harm a homosexual. But the rules are different for Muslims.

One of these days the disconnect on the Left between Islamophilia and Homophilia will reach its limit, and either Bruce or Abdul will have to be pitched headlong off the PC sled. Who do you think it will be?

If current demographic trends continue, the Islamicization of Europe is inevitable. But the current governing élite — the unelected bureaucrats in Brussels, the revolving-door socialist-coalition politicians of most European countries, and the academic left — will not relinquish power to Islam willingly. When the changeover finally occurs, when the baton is passed from the current occupants to the enforcers of the shari’ah, how will it happen?

And, like Gaza, these Islamic enclaves will depend economically on the European welfare state. Their metastasis, as Fjordman has pointed out, will cause the welfare state to collapse.

The parasite will have caused the death of its host. The welfare feeding tube will dry up. What happens next?

The system is chaotic and the results are unpredictable. But it seems unlikely that Europe will avoid bloodshed before political stability returns.

27 thoughts on “The Expanding No-Go Zones”